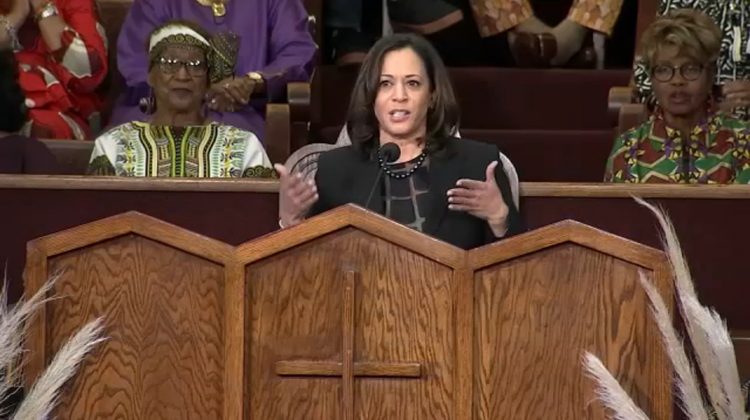 Hundreds of churches across Virginia are set to air a political ad starring Vice President Kamala Harris — a move that has raised eyebrows regarding the legality of bringing political campaigns into houses of worship.

Between Oct. 17 and Nov. 2, a video featuring Harris will play during the morning services of over 300 black churches across Virginia. In the video, Harris encourages viewers to vote for gubernatorial candidate Terry McAuliffe in the upcoming election, according to CNN.

“I believe that my friend Terry McAuliffe is the leader Virginia needs at this moment,” Harris says in the video. “Terry McAuliffe has a long track record of getting things done for the people of Virginia.”

The announcement generated controversy on social media, with many questioning if playing the video at church violates laws against political partisanship by religious institutions.

Twitter users critical of McAuliffe pointed to the prohibitions the IRS has set for churches and asked if McAuliffe and Harris were risking the income tax exemption that any or all of the churches enjoyed. Since 1954, Congress has prohibited all 501(c)(3) organizations, including churches, from participating in political campaigns in order to maintain their exemption from income tax.

I know that Black churches have a long tradition of hosting candidates for office, but mixing religion and politics in this way is never good for the church, regardless of the political preferences of the congregation or the minister. I’m with David French here: