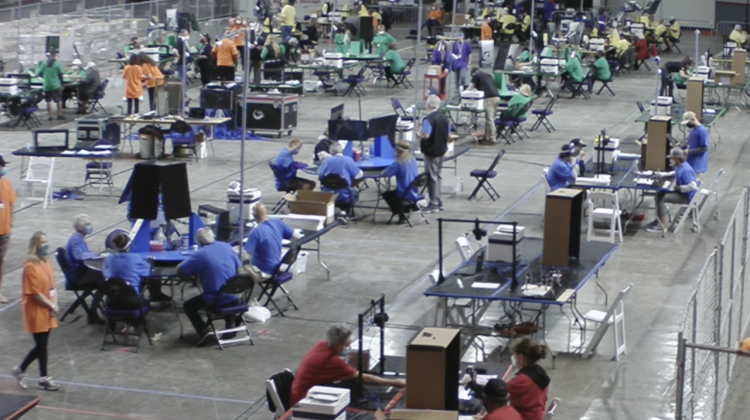 According to “Cyber Ninjas,” the Florida firm hired by Trump supporters to conduct the Maricopa County audit, Joe Biden won the state by ninety-nine more votes than we originally thought he did.

A Republican-commissioned review of nearly 2.1 million ballots cast last year in Arizona confirmed the accuracy of the official results and President Biden’s win in Maricopa County, according to a final report released Friday, striking a blow to former president Donald Trump’s efforts to undermine confidence in the 2020 election.

The report, which was prepared by private contractors and submitted to Republican leaders of the state Senate, went even further than an earlier draft that confirmed Biden’s victory.

In a letter describing the findings, Senate President Karen Fann (R) — who commissioned the process — stressed the importance of the ballot count showing Biden’s winning margin and noted that it “matches Maricopa County’s official machine count”

“This is the most important and encouraging finding of the audit,” she wrote, adding: “This finding therefore addresses the sharpest concerns about the integrity of the certified results in the 2020 general election.”

The final report echoed that in a passage that had not appeared in the earlier draft, emphasizing that finding over sections of the report that suggested some ballots could have been improperly counted.

Still, the conclusion of the recount, which was launched earlier this year by the GOP-led state Senate, is unlikely to quiet Trump’s false claims that the election was rigged and his attempts to pressure Republicans around the country to pursue their own 2020 recounts.

The former president reacted with fury to coverage about the Arizona report’s findings, asserting without evidence Friday that the ballot review uncovered “a major criminal event” and calling for Arizona Attorney General Mark Brnovich (R) to investigate. He fired off a series of false statements about the Arizona recount throughout Friday evening, including one demanding that the state “immediately decertify their 2020 Presidential Election Results.”