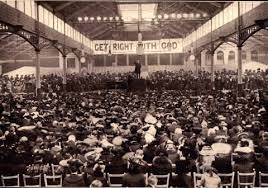 Faith helped evangelicals get through the pandemic. It also divided them.

Franklin Graham is heading off on the “God Loves You Tour“. Here is his FB page:

TOMORROW begins our 8-city Route 66 God Loves You Tour! I’m looking forward to these next two weeks and to sharing hope from the Word of God. It’s going to be a great time and I hope to see many of you at the Chicagoland Speedway as we kick off our first stop in Joliet, IL. We’ll have music by newsboys (official), Marcos Witt, and Dennis Agajanian. Joliet, IL; St. Louis, MO; Springfield, MO; Oklahoma City, OK; Amarillo, TX; Albuquerque, NM; Flagstaff, AZ; San Bernardino, CA—Here we come!

Graham versus Don Lemon on vaccine mandates. Again, via Facebook:

I support the COVID-19 vaccine—I’ve had it. But I don’t support the government mandating vaccines. And I definitely don’t agree with Don Lemon CNN’s malicious suggestion. He says he’d like to see Americans shun “stupid” unvaccinated people and start shaming them. Don, what you have said is divisive. It hurts America and could be dangerous. We don’t need more division, we need to work together against this pandemic.

An evangelical is running for secretary of state of California:

Mike “MyPillow Guy” Lindell tells Jim Bakker that the government is trying to kill him:

How much daylight exists between evangelicalism and conservatism?

Albert Mohler offers his definition of what it means to be pro-life:

The Epoch Times compares Evangelical’s concern for the environment to communism.

A Trader Joe’s manager asks for a vaccine religious accommodation because he “believes the Bible is the living word of God.” His request was denied and he no longer works at Trader Joe’s.

The people of Golden Gate Estates in Fort Myers, Florida do not want a Hispanic evangelical church in their vicinity.

Breaking with “traditional church” in Tennessee

Kenyan evangelicals say no to politics in the pulpit.