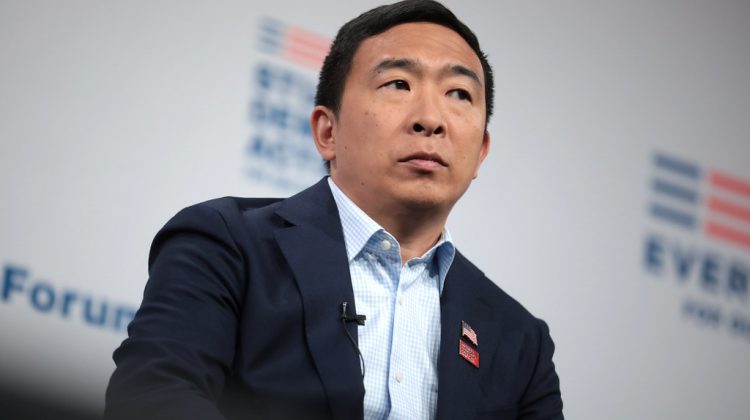 After losing his bid for the 2020 Democratic nominee for president and dropping out of the New York City Democratic mayoral primary, businessman Andrew Yang is starting a new political party. Here is Alex Thompson at Politico:

Yang is expected to start the party in conjunction with the Oct. 5 release of his new book, “Forward: Notes on the Future of Our Democracy.”

It’s not clear what the name of Yang’s third party will be or how he plans to deploy it in 2022 or 2024. Yang and his team did not respond to requests for comment.

But the book’s publisher, Crown, did give some clues about the type of platform Yang may pursue. It writes that the book is an indictment of America’s “era of institutional failure” and will introduce “us to the various ‘priests of the decline’ of America, including politicians whose incentives have become divorced from the people they supposedly serve.”

The book is blurbed by businessperson Mark Cuban (“a vitally important book”) and The New York Times’ Kara Swisher (“Can there be another political party in the U.S.?…In Forward, Yang does not just give us a laundry list of intractable problems, but shows how we can find solutions if we think in new ways and summon the courage to do so.”).