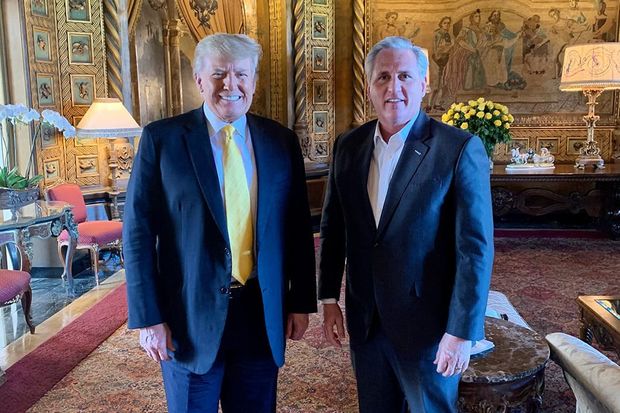 Kevin McCarthy and other GOP House members are threatening American telecommunication companies that have received subpoenas from the House committee investigating the January 6, 2021 insurrection. What do they have to hide?

It’s worth noting here that there are two Republicans–Liz Cheney and Adam Kinzinger–on the committee.

One might dismiss Greene as a harmless kook, but if she is getting airtime and a respectful hearing on the most highly-rated political show on television, she is not harmless. A Republican House acting alone can’t shut down telecommunications firms, but it can harm their interests in all sorts of ways that could make them think twice about cooperating with an investigation, or taking any other political step that Republicans dislike.

Some conservative supporters of Trump have put a favorable gloss on his idiosyncratically anti-corporate stances, dressing them as “populism” inspired by his kinship with the common folk. But the truth is that Trump’s forays against corporations largely comported with a simple urge to bully and dominate using the power of the government as a club. Trump’s highly publicized attacks on Silicon Valley did not follow any theory about monopolies; they were mere instruments of political control.

One of the characteristics of Viktor Orbán’s Hungary, a nation many conservatives openly yearn to mimic, is the use of the state to bolster the ruling party. Companies know they will lose contracts or face sanctions if they take any action disfavored by Orbán. Trump was usually too inept to carry out his threats as effectively as his models like Orbán could. But as McCarthy shows, that aspect of Trump’s assault on liberal democracy will return the next time his party gains power.