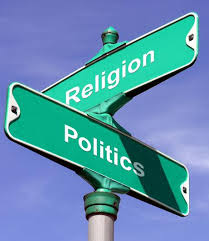 The founders believed that religion was important to a strong republic. Republics required virtue–the willingness to occasionally sacrifice self-interest for the public good. If religion could make people more virtuous, the founders promoted it. I am convinced that if there was a form of religion that did not provide the moral resources to help people be more virtuous (again, in the 18th-century understanding of the word I described above), the founders would have no use it for it (although they certainly would have defended the right of its adherents to worship freely). Let’s remember that the founding fathers were trying to build a republic. They were not theologians or pastors. For many, religion was a means toward a greater end.

Here is a small example from my book The Way of Improvement Leads Home: Philip Vickers Fithian and the Rural Enlightenment in America: It deals with a little known founder named Jonathan Elmer and a speech he delivered in Cumberland County, New Jersey on July 7, 1776:

Those who refused to support the cause of liberty, Elmer argued, “should be shunned as enemies or despised as cowards.” In an obvious reference to Cohansey Quakers, he addressed the problem of those whose “conscience” provided them an excuse not to fight. Elmer respected the Quakers’ testimony of peace and affirmed that any person’s “conscience ought to be free from compulsion,” but at a moment such as this, Quaker pacifism only stood in the way of the Revolution’s forward movement. Elmer was firm in his conviction that Quakers, at least for a time, should be prevented from participating in government. Not only would involvement in the affairs of the Revolution force them to violate their conscience, but such participation would also be a detriment to the safety of Cohansey inhabitants, and all New Jersey citizens, in a time of war. “It is plain,’ he noted, “that to entrust the affairs of our government, at this juncture, to such people, is as dangerous, as to entrust the management of a ship, in a violent storm, to an infant or an idiot.” The Revolution needed patriots–those willing to shed their blood to defeat the “despicable minions of tyranny and oppression” and the “haughty and imperious Task masters.”

Elmer rejected Quakerism because Quakers, in his mind, were incapable of being virtuous citizens. For American patriots in 1776, virtue required laying down one’s life for the cause. He thus had no use for the adherents of a religious faith who would not fight.

Today one has to wonder about what the founders would think of those evangelicals whose religious beliefs seem to serve individualism over the common good.