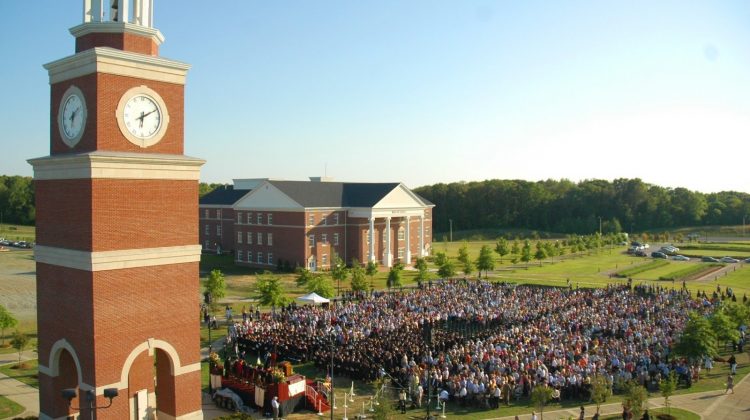 Some of you are familiar with anti-vaxxer, anti-masker, freedom-loving Trump evangelical Greg Locke. If you don’t know him, here are some of the things he has tweeted in just the last week:

Locke is part of a traveling dog and pony show called The Freedom Matters Tour. On August 30, 2021 the tour is coming to Union University, an evangelical Christian college in Jackson, Tennessee. This does not seem to be a college-sponsored event, but it will take place in the university chapel while classes are in session.

We have covered Union University over the years at The Way of Improvement Leads Home blog:

In 2017, when Union administrators and faculty signed the Nashville Statement, a document affirming a complementarian view of men and women in the church, hundreds of alumni protested.

In 2015, Union left the Council for Christian College and Universities over sexual ethics. Carl Trueman and Scot McKnight also responded to the decision.

Now members of the Union community have created a petition protesting the university’s decision to host the Freedom Matters Tour. Here is a taste:

Union University students and alumni join together to oppose the Freedom Matters Group coming to speak on campus. In a time where Union should be showing love and looking to protect and support our vulnerable neighbors, instead the school is playing host to multiple divisive political figures in a place of worship and learning.

The beliefs espoused by Freedom Matters neither represent scientific fact or biblical truth, and the fact that they will be shared from a pulpit is not only shameful, but negligent and reprehensible. This event does not align with the schools core values of being excellence-driven, Christ-centered, people-focused, and future-directed . It’s a disservice to all students— but especially to every nursing, journalism, and Christian studies major of Union University. We ask school leadership to immediately cancel this event and work towards restoring our faith in their judgement.