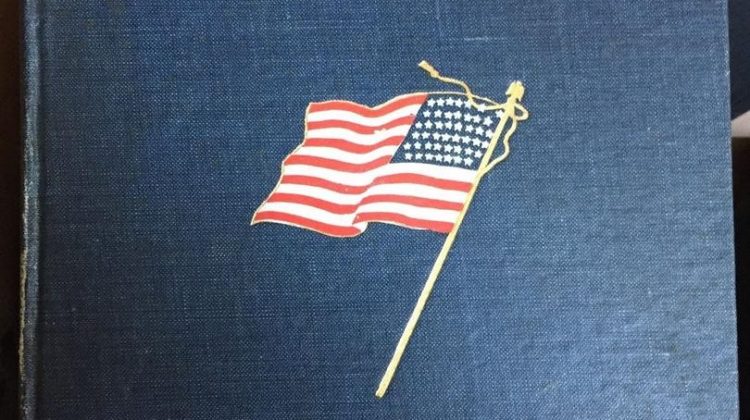 For most of the last two centuries, patriotic schooling was not a partisan issue. Both conservatives and progressives were united in packing schoolrooms with flags, pledges, anthems, and star-spangled lessons. Conservatives may have done so reflexively while progressives saw public education as a key engine of reform, Americanizing unruly immigrants, purifying government, and countering the nation’s slide into economic oligarchy.

Yet unlike today, champions of patriotic education then distinguished between patriotism and truth. When New York State mandated the display of the flag and the distribution of a 400-page Manual of Patriotism to every classroom in 1898, there was an understanding that patriotic education was not, and need not be, entirely factual. The first pages of the Manual of Patriotism warned teachers, “Do not look upon this Manual as a text-book in American history.” It then elaborated:

“There are many good books that give the facts, and some that attempt the philosophy of the subject. But this does not pretend to do either. I am of the mind that neither facts nor philosophy alone, nor both combined, can create the sentiment of patriotism, much less foster and strengthen it in the minds and hearts of children. Be yourselves well grounded in the facts, and teach them as may be needful. … But when you take this book in your hands, let the light of sentiment and imagination play over facts and theories — tingeing all as with the beautiful Red, White and Blue of the Flag.”

In the 1920s, when influential historians like David Muzzey and Charles Beard pointed out that Americans may have had other motives for breaking with England than just spreading Enlightenment ideals, some textbooks began to appear with critical appraisals of Washington and Jefferson. But the defenders of a more unblemished narrative did not stake their position on the argument that their version of history was more accurate. New York City’s superintendent of education attacked historical revisionism and defended patriotic textbooks without claiming that those textbooks were inaccurate. “To my mind, a distinction should be drawn between the obligation to cleave closely to the line of historical truth, such as is incumbent upon the historian writing for adult readers and the discretion properly conceded to an author of school texts who writes for immature minds,” he instructed a committee empaneled to review textbooks in 1922.

In those days, Left and Right hewed to the same philosophy of education in seeing schools and curricula not as places to investigate truth but for molding either law-abiding citizens or proper rebels. It was a socialist who wrote the “Pledge of Allegiance” as a vehicle of patriotic education. Communists frankly referred to their textbooks as “propaganda” and openly scrubbed them of “bourgeois” values and “ideas harmful to the working class.” Both conservatives and socialists worshipped America’s founders, as U.S. radicals rebranded communism as fulfilling rather than replacing Jeffersonian ideals. The American Communist Party named its flagship school in New York City the “Jefferson School of Social Science.”

It is only recently that conservatives have claimed that a traditional patriotic education is both more wholesome and more factual. Where their forebears attacked revisionist history on the grounds that these ideas were dangerous or un-American, today many conservatives have grown uniquely confident that certain historical interpretations can be banned because they are wrong both ethically and factually.

Read the entire piece at The Chronicle of Higher Education.