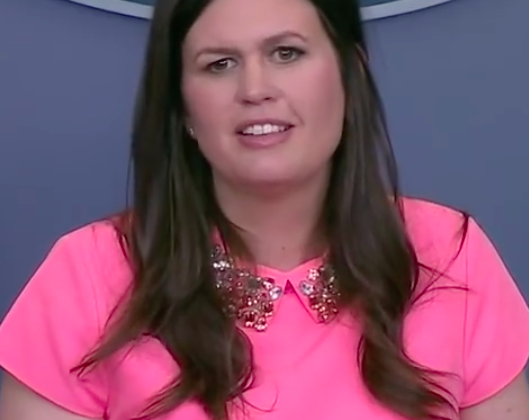 The former former Trump press secretary and gubernatorial candidate is calling her fellow Arkansans to take the vaccine. Only 35.62% of the Arkansas’s population is vaccinated. Only Mississippi and Alabama have lower vaccination rates.

As expected, Huckabee Sanders is incapable of endorsing the vaccine without a shoutout to her former boss. Her op-ed in the Arkansas Democrat-Gazette begins this way: “A few months ago, I decided to take advantage of President Trump’s Operation Warp Speed and get vaccinated.”

The op-ed also takes shot at Dr. Anthony Fauci and what she calls the “because the science says so crowd of ignorant, condescending politicians and bureaucrats” who were “wrong about more than their mandates and shutdowns that have inflicted incalculable harm on our people and economy.” Apparently Sanders doesn’t realize that the “science says so crowd” are the same people behind “Operation Warp Speed.”

The goal of Huckabee Sanders’s op-ed: Encourage vaccination, but make sure the people of Arkansas remember that she is the populist, pro-Trump candidate for governor.