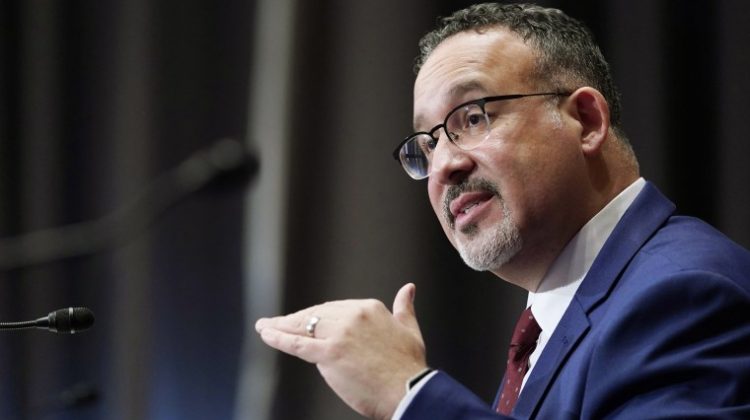 Back in April we wrote about the Department of Education “priorities” for its new American History and Civics grant program. The call for proposals expressed an interest in programs that stressed the “importance of including, in the teaching learning of our country’s history, both the consequences of slavery, and the significant contribution of Black Americans to our society.” It then referenced The New York Times 1619 Project and the work of historian Ibram X. Kendi.

The U.S. Education Department is trying to tamp down controversy over a $3 million grant program for teaching U.S. history and civics that led conservatives to accuse the Biden administration of trying to mandate the use of specific materials about systemic racism in the classroom.

The department published a notice Monday in the Federal Register requesting applications for grants that dropped references to published anti-racism works that had been mentioned in proposed rules released in April for the American History and Civics Education grant program, and that had drawn the ire of conservatives.

The proposed rules did not actually suggest the contested material would be required for grantees to use, but Education Secretary Miguel Cardona addressed concerns of critics by making clear in a blog post that curriculum decisions will not be dictated by the federal government.

“This program, however, has not, does not, and will not dictate or recommend specific curriculum be introduced or taught in classrooms,” he wrote Friday on the department’s blog, Homeroom. “Those decisions are — and will continue to be — made at the local level.”

Department spokeswoman Kelly Leon said Cardona would have no further comment about the issue other than what he wrote on the blog.