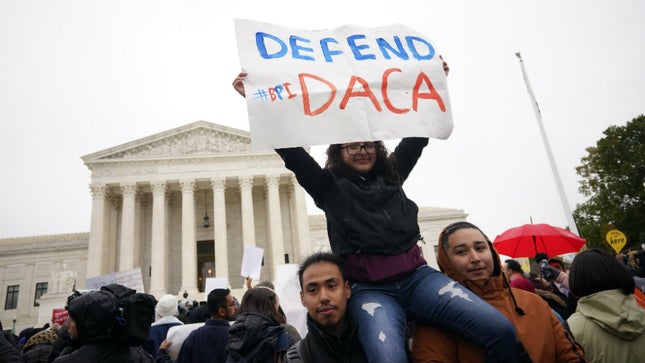 Yesterday a federal judge in Texas ruled that the Deferred Action for Child Arrivals program, or DACA, is illegal.

DACA is Barack Obama’s 2012 program that protects the so-called “Dreamers,” undocumented immigrants who were brought to the United States as children. Here is Biden’s official response to the decision:

In 2012, the Obama-Biden Administration created the Deferred Action for Childhood Arrivals (DACA) policy, which has allowed hundreds of thousands of young immigrants to remain in the United States, to live, study, and work in our communities. Nine years later, Congress has not acted to provide a path to citizenship for Dreamers.

Yesterday’s Federal court ruling is deeply disappointing. While the court’s order does not now affect current DACA recipients, this decision nonetheless relegates hundreds of thousands of young immigrants to an uncertain future. The Department of Justice intends to appeal this decision in order to preserve and fortify DACA. And, as the court recognized, the Department of Homeland Security plans to issue a proposed rule concerning DACA in the near future.

But only Congress can ensure a permanent solution by granting a path to citizenship for Dreamers that will provide the certainty and stability that these young people need and deserve. I have repeatedly called on Congress to pass the American Dream and Promise Act, and I now renew that call with the greatest urgency. It is my fervent hope that through reconciliation or other means, Congress will finally provide security to all Dreamers, who have lived too long in fear.