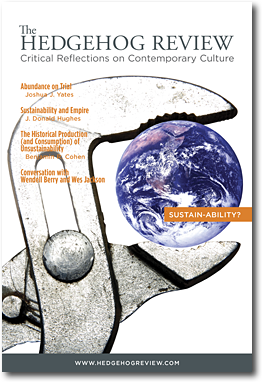 There was just something the other day in the Hedgehog Review, as if anybody’s gonna read that (Mastriano laughs loudly); but they wrote a long article demonizing me and Paula White (because we’re two peas in a pod). They said that “Eric said ‘that he would die for Trump,’ not for Jesus, for Trump. This is the kind of world we’re living in when you say something on the edge they just kick it forty years past and it’s just madness.

Metaxas is referring to Yale sociologist Philip S. Gorski’s piece in the Hedgehog Review titled “The Long, Withdrawing Roar: From Culture Wars to Culture Clashes.” Here are the relevant sections of Gorski’s piece:

Imagine the history of America’s modern culture wars as a photomontage. In the first frame are two images: one of Billy Graham preaching to a spellbound crowd at Dodger Stadium, the other of the evangelist standing beside President Richard Nixon in the Oval Office. In the second frame are two images of Jerry Falwell: preaching at his Lynchburg, Virginia, megachurch in the first, and campaigning for Ronald Reagan on behalf of the Moral Majority in the second. In the third diptych, the sons and heirs of Graham and Falwell, Franklin and Jerry Jr., are making separate appearances on Fox News to endorse Donald Trump. Final frame: a picture of Trump’s spiritual adviser, Paula White, summoning angels from Africa to protect Trump, and another of radio host and pro-Trump pundit Eric Metaxas sucker-punching a left-wing protester on the streets of Washington, DC, after attending Trump’s Republican National Convention speech at the White House.

The steady devaluation of religious capital and the infusion of economic and political capital brought about a gradual shift in the locus of religious authority. The shift can be readily seen in the history of the Grahams and Falwells. Both families’ patriarchs were theologically trained and denominationally ordained clergy whose reputations were largely based on preaching and publishing. In this, they resembled the evangelical revivalists of the nineteenth century, such as Charles Grandison Finney and Dwight L. Moody, or, for that matter, liberal clergy such as Ralph Waldo Emerson and Horace Bushnell. Not so their sons. Franklin Graham is a mediocre homilist whose official title is “CEO of the Billy Graham Evangelistic Association.” Falwell Jr., meanwhile, is not even ordained; he often describes himself as a “real-estate developer.”

The shift becomes clearer still when we turn to Paula White and Eric Metaxas. White’s formal education ended with high school. Metaxas graduated from Yale, but with a degree in English. Their authority is not based on official positions within denominational organizations or formal training in Christian theology. Nor is it based on religious capital in any meaningful sense. Rather, it derives from business success, media savvy, political connections, and a “personal brand.” Their influence is the culmination of a broader trend in which religious authority increasingly draws from nonreligious sources: money, celebrity, and access.

Yet old as it is, there is still something new and distinctly American about the warrior ethos that has taken hold in some segments of the MAGA-supporting Christian right. One thing that is new, if not distinctly American, is the political messianism of the Trump cult. Eric Metaxas, for example, has publicly avowed his willingness to die for Trump—not for Christ, for Trump. Can anyone imagine Billy Graham girding his loins to die for Nixon? On the contrary, Graham was so chastened by the Watergate scandal that he maintained a certain distance from partisan politics ever after.

Nor is this specific to Metaxas. Many of the self-identified Christians who heard him speak before the January 6 insurrection were more than willing to mix it up. One thing that is both new and distinctly American is the mélange of symbolism from Christian Scripture and the Marvel Universe, the Christian warrior qua superhero qua Trump. It is one of the more visible manifestations of the cultural captivity of Trumpian Christianity—or, more broadly, of white Christian nationalism.

The Hedgehog Review is published by James Davison Hunter’s Institute for Advanced Studies in Culture at the University of Virginia. According to its website, The Hedgehog Review “offers critical reflection on contemporary culture: how we shape it, and how it shapes us.” The journal “draws upon the best scholarship and thought from the humanities and social sciences to craft an interdisciplinary approach that explores and illuminates the puzzles, vexations, and dilemmas that characterize the modern predicament.” The editors of The Hedgehog Review “recognize that questions of value are inescapably present in the effort to understand our world. If the modern age is characterized by dehumanization and alienation, the best scholarship can help us identify the sources of our malaise–and possibly suggest ways to address it.”

Let’s pause here and review. The Hedgehog Review is interested in “critical reflection” on culture. It is concerned with complexity and nuance (“puzzles,” “vexations,” and “dilemmas”.) It explores “questions of value.” It addresses what it means to be human and how humanity is connected to community and the common good. This is the journal Eric Metaxas and Doug Mastriano believe to be irrelevant. What a disturbing glimpse into the anti-intellectualism that drives so much of evangelical Trumpism.

One final thought: One could also view Metaxas’s dismissal of The Hedgehog Review as the reaction of a man desperate to win the acceptance of the thinkers and writers associated with this important journal. Gorski’s piece really bothered him because Metaxas likes to fashion himself a Christian intellectual when in reality he sounds more like a propagandist, culture warrior, and conspiracy theorist.