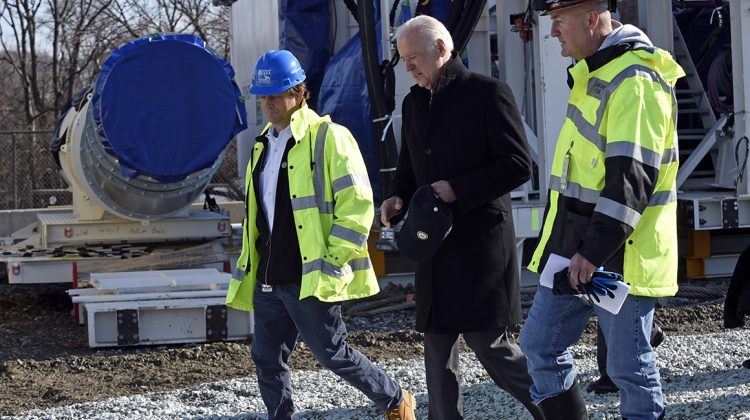 Here is Caitlyn Emma and Jennifer Scholtes at Politico:

The proposal sets an overall limit of $3.5 trillion for the spate of Democratic policy ambitions that won’t make it into a bipartisan infrastructure deal, if Congress can reach one. If the still-forthcoming budget resolution can clear both chambers with lockstep party support, it will unleash the power to circumvent a GOP filibuster using the so-called reconciliation process, the same move that Democrats used to pass the president’s $1.9 trillion pandemic aid package in March.

Combined with a bipartisan infrastructure compromise that’s still getting shaped into legislation, Senate Majority Leader Chuck Schumer said the budget’s investments in infrastructure, the middle class and more would total about $4.1 trillion, “which is very, very close to what President Biden asked us for.” Biden will also attend Democrats’ lunch on Wednesday to discuss the plans, Schumer said.

“We are very proud of this plan,” Schumer said. “We know we have a long road to go … If we pass this, this is the most profound change to help American families in generations.”

I have argued that infrastructure development should be framed in “pro-life” terms.