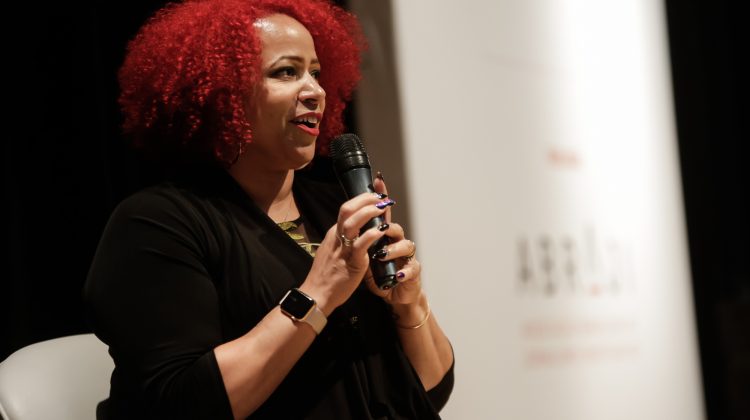 Did you hear that the University of North Carolina finally gave tenure to former New York Times journalist Nikole Hannah-Jones?

Hannah-Jones is the Pulitzer Prize-winning creator of the controversial 1619 Project.

After North Carolina’s Hussman School of Journalism and Media finally agreed to hire her with tenure, Hannah-Jones decided to spurn the offer and take a job as the new Knight Chair in Race and Journalism at Howard University in Washington D.C. She will be joined on the Howard faculty by National Book Award winner Ta-Nehesi Coates. It is hard to exxagerate the impact that these two hires will have on journalism in the next generation. Congrats to all.

A Black investigative journalist who won a Pulitzer Prize for her groundbreaking work on the bitter legacy of slavery in the U.S. announced Tuesday that she will not join the faculty at the University of North Carolina following an extended tenure fight marked by allegations of racism and conservative backlash about her work.

Nikole Hannah-Jones will instead accept a chaired professorship at Howard University, a historically Black school in Washington, D.C.

The dispute over whether North Carolina’s flagship public university would grant Hannah-Jones a lifetime faculty appointment had prompted weeks of outcry from within and beyond its Chapel Hill campus. Numerous professors and alumni voiced frustration, and Black students and faculty questioned during protests whether the predominantly white university values them.

And while UNC belatedly offered her tenure last week, Hannah-Jones said in an interview with The Associated Press that the unfairness of how she was treated as a Black woman steered her toward turning the offer down.

Hannah-Jones — who won the Pulitzer Prize for her work on The New York Times Magazine’s 1619 Project focusing on America’s history of slavery — noted that she hadn’t sought out the job, and was recruited by UNC’s journalism dean before her tenure application stalled amid objections by a powerful donor and concerns by conservatives about her work.

“I wasn’t seeking to go into academia,” Hannah-Jones told AP. “It was this particular job at this particular place that I wanted to go and give back to the university that helped me build the career that I’ve built.”

The 45-year-old Hannah-Jones will instead accept a tenured position as the Knight Chair in Race and Journalism at Howard, which also announced Tuesday that award-winning journalist and author Ta-Nehisi Coates is joining its faculty. Coates, who won a National Book Award for “Between the World and Me,” and Hannah-Jones have both been given MacArthur “genius” grants for their writings.