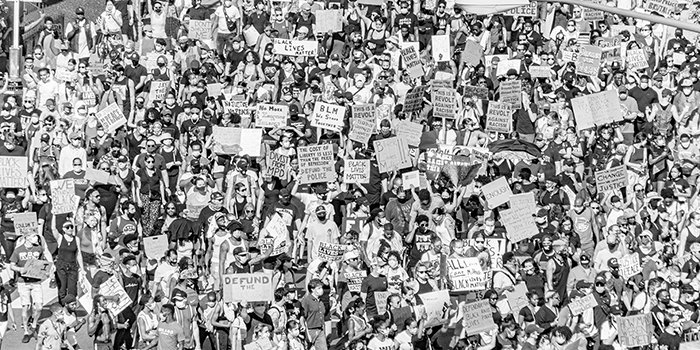 We, the authors of this essay, have wide ideological divergences on the explicit targets of this legislation. Some of us are deeply influenced by the academic discipline of critical race theory and its critique of racist structures and admire the 1619 Project. Some of us are skeptical of structural racist explanations and racial identity itself, and disagree with the mission and methodology of the 1619 Project. We span the ideological spectrum: a progressive, a moderate, a libertarian and a conservative.

It is because of these differences that we here join together, as we are united in one overarching concern: the danger posed by these laws to liberal education.

The laws differ in some respects but generally agree on blocking any teaching that would lead students to feel “discomfort, guilt or anguish” because of one’s race or ancestry, as well as restricting teaching that subsequent generations have any kind of historical responsibility for actions of previous generations. They attempt various carve outs for the “impartial teaching” of the history of oppression of groups. But it’s hard to see how these attempts are at all consistent with demands to avoid discomfort. These measures would, by way of comparison, make Germany’s uncompromising and successful approach to teaching about the Holocaust illegal, as part of its goal is to infuse them with some sense of the weight of the past, and (famously) lead many German students to feel “anguish” about their ancestry.

Indeed, the very act of learning history in a free and multiethnic society is inescapably fraught. Any accurate teaching of any country’s history could make some of its citizens feel uncomfortable (or even guilty) about the past. To deny this necessary consequence of education is, to quote W.E.B. Du Bois, to transform “history into propaganda.”

What’s more, these laws even make it difficult to teach U.S. history in a way that would reveal well-documented ways in which past policy decisions, like redlining, have contributed to present-day racial wealth gaps. An education of this sort would be negligent, creating ignorant citizens who are unable to understand, for instance, the case for reparations — or the case against them.