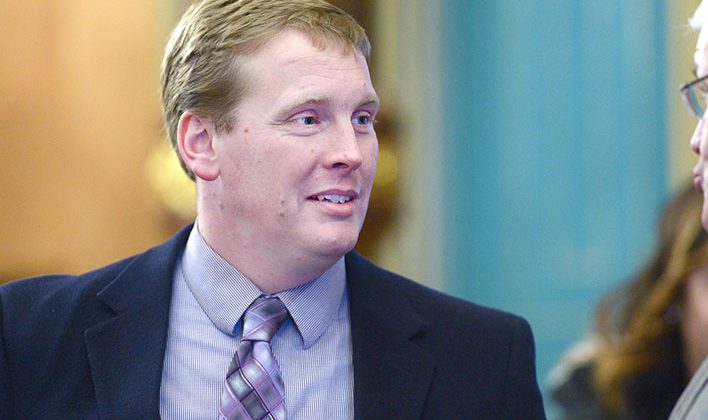 Ed McBroom is a dairy farmer in Michigan’s Upper Peninsula, a substitute teacher, a music minister at First Baptist Church of Norway (MI), and a GOP state senator who chairs the Oversight Committee.

Tim Alberta’s piece at The Atlantic describes a typical day on the farm these days:

The farmer, Ed McBroom, battled sidewinding rain while working his 320 acres, loading feed and breeding livestock and at one point delivering a distressed calf backwards from its mother’s womb, before hanging the newborn animal by its hind legs for respiratory drainage. Now, having slipped off his manure-caked rubber boots, McBroom groaned as he leaned into his home-grown meal of unpasteurized milk and spaghetti with hamburger sauce. He would dine peacefully at his banquet-length antique table, surrounded by his family of 15, unaware that in nearby Ohio, the former president was accusing him—thankfully, this time not by name—of covering up the greatest crime in American history.

Here is why McBroom is important:

A few days earlier, McBroom, a Republican state senator who chairs the Oversight Committee, had released a report detailing his eight-month-long investigation into the legitimacy of the 2020 election. The stakes could hardly have been higher. Against a backdrop of confusion and suspicion and frightening civic friction—with Trump claiming he’d been cheated out of victory, and anecdotes about fraud coursing through every corner of the state—McBroom had led an exhaustive probe of Michigan’s electoral integrity. His committee interviewed scores of witnesses, subpoenaed and reviewed thousands of pages of documents, dissected the procedural mechanics of Michigan’s highly decentralized elections system, and scrutinized the most trafficked claims about corruption at the state’s ballot box in November. McBroom’s conclusion hit Lansing like a meteor: It was all a bunch of nonsense.