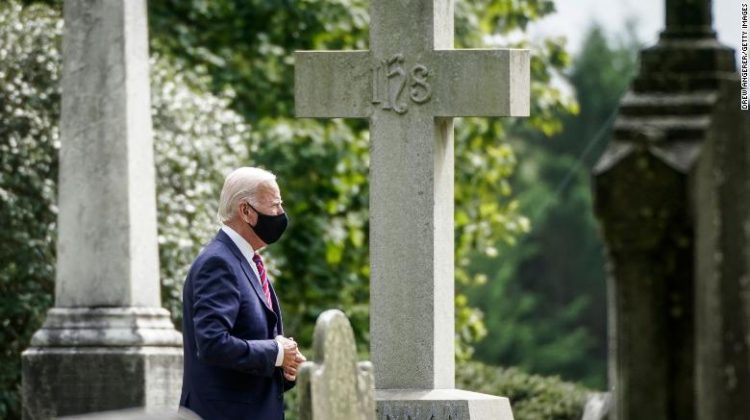 Molly Wilson O’Reilly, a practicing Catholic, pulls very few punches in this piece at The Atlantic. The context, of course, is the bishops’ efforts to ban Joe Biden from communion for his views on abortion.

It has become an article of faith among some Catholics that to be a member of the Church in good standing means voting Republican; that this is not literally an article of our faith is something many bishops are content to obfuscate. I have been a practicing Catholic all my life, and my opinions about politics flow from my faith. But believing in the Eucharist doesn’t save me the trouble of weighing political priorities and considering the likely outcomes of specific policies. It would be nice to be able to count on the bishops for clear guidance. It would be nice if America’s bishops were a group of uniformly impressive men, wise, well informed, able to apply the Church’s moral teachings in a clear and consistent way to the urgent challenges of the moment—in a word, coherent. But they are as diverse and divided as the rest of us Catholics, though they rarely admit it directly.

Among the nation’s more than 400 active and retired bishops are men of great intellect and men of humble faith, and also men who tweet darkly about the evils of the COVID-19 vaccines. Some bishops are scholars, some are inspiring preachers, and some are very good at raising money. Some excel at keeping Catholic conservatives fired up; a smaller number are good at assuring liberal Catholics like me that we, too, belong in the Church. As a body, however, the American bishops have proved quite inept at representing the teachings of the Church with integrity to a public that sees mostly sin and hypocrisy. They have been particularly bad at reckoning honestly with the ugliness and devastation of President Trump’s four years in office and the scandal of Catholics who supported him. If some bishops who tolerated Trump’s failings now think it urgent to oppose Biden, then perhaps what we ought to hope for from the rest is not an appeal to unity, but a public fight about what coherence really means.

For evangelicals like me, who are drawn to Catholic social teaching for its consistent ethic of life, O’Reilly’s portrayal of the bishops does not give me hope that Catholics, at least in terms of the Church’s American leadership, can offer a more robust form Christian politics than what the Protestant Christian Right has to offer.