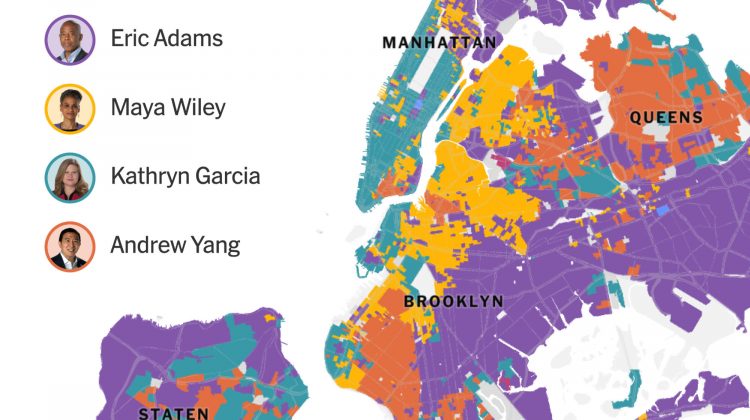 Yesterday the Democrats of New York City went to the polls to choose who will represent them in November’s general election for mayor. This year the primary will be decided by the city’s new ranked choice system. After the first round of voting, Brooklyn Borough President Eric Adams is in the lead. New School professor Maya Wiley finished second. Former New York Sanitation Department commissioner Kathryn Garcia finished third. Businessman and former presidential candidate Andrew Yang finished fourth and conceded. Due to the ranked choice voting system, and the fact that no candidate received a majority of votes, the true winner of the election will not be decided for weeks.

The New York Times has published a fascinating interactive map of the first round results.