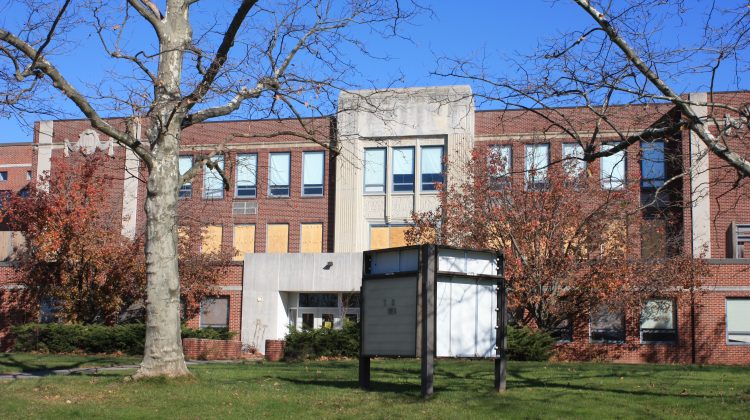 A recent school district meeting on critical race theory in Souderton, Pennsylvania reveals just how crazy this entire debate has become. Based on Kenny Cooper’s reporting of the event at the website of WHYY (Philadelphia’s public broadcasting television and radio station), it seems that the people of Souderton are talking past each other with no clear understanding what “critical race theory” actually means.

“I’ve been told I’m white. But when I compare my skin tone to this white sheet of paper, it’s obvious that I am not white on the color spectrum. White means no color, and I do not, in fact, know or have ever seen any people of no color or white. We are all people of color,” said Jeanne Haynes of Green Lane.

“Critical race theory is no joke. These folks want us to pay them to train our teachers to see how irredeemably racist they and we all are,” Haynes told the crowd in the cafeteria.

Ms. Haynes seems very confused. She seems to believe that race in America really just comes down to the color of one’s skin. Since we all have “color” in our skin, she argues, then race does not matter. This, of course, ignores hundreds of years of history in which people did experience injustice based on the color of their skin. Everything has a history, including skin color. But even more disturbing is Haynes’s failure to understand critical race theory. If a teacher in a school is telling white kids that they are “irredeemably racist,” then I think we have a problem. Perhaps this is happening somewhere. But most school districts and teachers I know are not doing this. There is a difference between teaching about the history of racial injustice in the United States and telling a kid that he is irredeemably racist.

And then there is Becky Phipps of Telford:

I hear this argument all the time. Those making it claim the Civil War and Civil Rights Movement ended slavery, segregation, and racism. Not really. The Civil War ended slavery, but it did not end Jim Crow and segregation or racism. The Civil Rights Movement won some important victories over Jim Crow, but it did not end racism in America. After the summer of 2020 it is hard to argue Phipps’s position without having one’s head in the sand. Even if you reject the idea of systemic racism, individual acts of racism are alive and well in this country. Finally, I don’t see how teaching these things (whether you call it CRT or not) will create more racism and segregation.

…on the topic of implicit bias training, the Souderton Area School District is not mandating or funding this training,” Keith said. “… In short, we will not allow a political agenda to dictate a departure from what we know to be a solid successful educational practice that has served our students well.”

It is hard to know how to respond to “implicit bias training” without a sense of what goes on in such training. Here is critical race theory scholar David Theo Goldberg:

It is true that anti-racism today has been turned into something of an industry. But “diversity training,” “racial equity,” “systemic” and “institutional” racism, and indeed “anti-racism” itself are not the inventions of CRT; all but diversity training predate it. Like “diversity” over the past decade and “multiculturalism” before that, critical race theory is being made the bag now carrying the load long critical of racism. The foolishness sometimes said and done in its name—including some genuinely wince-worthy—is being used as a sledgehammer to bash any effort to discuss and remedy racial injustice. Attempts to turn these into a manual, largely by those looking to advance personal, professional, or pecuniary standing, are doomed to ridicule, which in turn unleashes the conservative caricatures.

Richard Detwiler, a retired teacher, did not speak during the board meeting, but he said he is concerned about the area where he sent his now-adult children to school. He said that the group of parents opposed to teaching about race and racism in schools has latched onto words and phrases like critical race theory as a “source of divisiveness and negativity.”

“I’m really sort of surprised and shocked by the very loud voices, both nationally and locally here in the community, that have a problem with those conversations and want to call them un-American and unpatriotic,” Detwiler said.

Detwiler seems to believe that the attacks on critical race theory in Souderton are just another way of saying that white people don’t want to learn about race and racism in schools. I think he might be right. If the phrase “critical race theory” did not exist, what would the people of Souderton think about students learning something about the history and current manifestations of racism in America? People are in the streets protesting racial injustice. Shouldn’t our public schools be equipping students to interpret this?

It seems like a group called “Soudy Strong Conservatives” is stoking the controversy and breeding much of the divisiveness in the community:

A collection of parents formed a Facebook group called Soudy Strong Conservatives at the end of March. WHYY News requested access to the group to speak with some of its nearly 450 members, but has not been allowed in. However, this statement appears on the group’s “about” page.

“This group is for conservatives in the Souderton Area School District who stand with the Souderton School Board in preserving the traditional educational model that raises proud Americans. We support full-time in-person education and stand against radical ideology such as The 1619 Project, Critical Race Theory, and Comprehensive Sexuality Education. Let’s let kids be kids and academics be academics … and let’s leave politics and gender studies to the collegiate levels.

Dru Shelly makes reference to the people Donald Trump and his ilk empowered in the last five years. With the help of social media and conservative cable news, Trump lifted the veil of civility. Community members are now starting to see and hear what their friends and acquaintances really believe about race and politics in America. We’ve all experienced this. Here is Shelly:

Dru Shelly, a Harleysville parent, said she was shocked to see the formation of such a group. She sees many of the members at church, softball, and other community events.

“It just breaks my heart that they are so afraid for their kids that they can’t open themselves up to a different perspective,” Shelly said.

Some people are afraid to criticize the anti-CRT faction:

Motivated to stop the conservative group of parents, other parents created a Facebook group called SASD Parents for Unity in May. The group has amassed a membership of more than 100 people, though they are largely outnumbered by the opposing faction.

Parent Stephanie Jamison, a founding member of the group, believes the situation in the school district is a cause for concern.

“As I’ve been engaging and organizing in this community, I’ve received countless phone calls from families telling me their firsthand experiences with the school districts and in our schools and their heartbreaking stories. And people are scared of intimidation, they’re scared of violence for speaking out,” Jamison said.

Read the entire piece here. As I noted above, it is hard to know how to respond to these debates over critical race theory in local districts without knowing what is actually happening in the classroom.