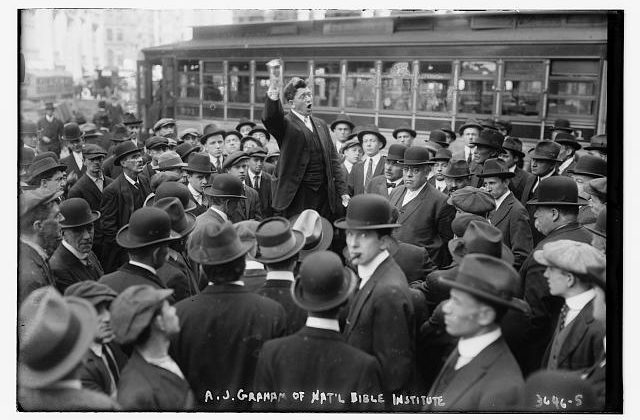 Some pics from last week’s SBC meeting in Nashville.

Jack Graham is glad to be a Southern Baptist:

Christianity Today reporter Kate Shellnut on what she saw at the SBC Annual Meeting.

Last weekend’s Faith and Freedom Coalition conference was more diverse then you think.

What folks were saying in the hallways at the Faith and Freedom Coalition conference.

Jack Hibbs is taking his act to Newsmax:

One of the Duck Dynasty guys.

Blast from the Past:

Evangelical pastors are trying to get their congregations vaccinated.

Franklin Graham is happy about the recent Supreme Court decision:

The man James Robison supported for president in 2016 and 2020 stomped-on the institutions that serve as the guardians of “principles” he discusses in this tweet. We are now left to pick-up the pieces and try to restore the strength of those institutions:

Robert Jeffress defends Pence. There is nothing in his tweet about how he spent more than four years empowering those who heckled the former vice-president.

David Barton’s son Tim has a piece on Juneteenth at the pro-Trump Epoch Times. Dad loves it:

As Jonah Goldberg recently wrote, and Justin Amash tweeted, Kirk seemed to like Juneteenth when it was a Republican idea:

Liberty University’s Standing for Freedom Center has D’Souza’s back on Juneteenth:

Metaxas is still upset about getting kicked-off of YouTube:

The Trumpers are not the only one’s praying for a revival: