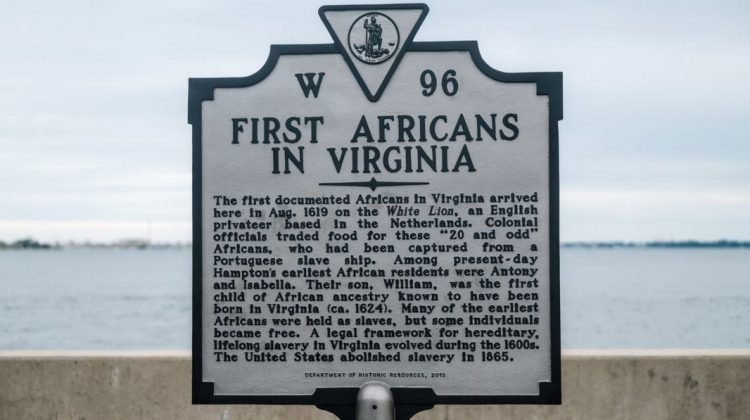 Princeton historian Matthew Karp offers a stinging criticism of the “stamped from the beginning” view of American history.

Whatever birthday it chooses to commemorate, origins-obsessed history faces a debilitating intellectual problem: it cannot explain historical change. A triumphant celebration of 1776 as the basis of American freedom stumbles right out of the gate—it cannot describe how this splendid new republic quickly became the largest slave society in the Western Hemisphere. A history that draws a straight line forward from 1619, meanwhile, cannot explain how that same American slave society was shattered at the peak of its wealth and power—a process of emancipation whose rapidity, violence, and radicalism have been rivaled only by the Haitian Revolution. This approach to the past, as the scholar Steven Hahn has written, risks becoming a “history without history,” deaf to shifts in power both loud and quiet. Thus it offers no way to understand either the fall of Richmond in 1865 or its symbolic echo in 2020, when an antiracist coalition emerged whose cultural and institutional strength reflects undeniable changes in American society. The 1619 Project may help explain the “forces that led to the election of Donald Trump,” as the Times executive editor Dean Baquet described its mission, but it cannot fathom the forces that led to Trump’s defeat—let alone its own Pulitzer Prize.

The political limits of origins-centered history are just as striking. The theorist Wendy Brown once observed that at the end of the twentieth century liberals and Marxists alike had begun to lose faith in the future. Collectively, she wrote, left-leaning intellectuals had come to reject “a historiography bound to a notion of progress,” but had “coined no political substitute for progressive understandings of where we have come from and where we are going.” This predicament, Brown argued, could only be understood as a kind of trauma, an “ungrievable loss.” On the liberal left, it expressed itself in a new “moralizing discourse” that surrendered the promise of universal emancipation, while replacing a fight for the future with an intense focus on the past. The defining feature of this line of thought, she wrote, was an effort to hold “history responsible, even morally culpable, at the same time as it evinces a disbelief in history as a teleological force.”

Today’s historicism is a fulfillment of that discourse, having migrated from the margins of academia to the heart of the liberal establishment. Progress is dead; the future cannot be believed; all we have left is the past, which must therefore be held responsible for the atrocities of the present. “In order to understand the brutality of American capitalism,” one essay in the 1619 Project avers, “you have to start on the plantation.” Not with Goldman Sachs or Shell Oil, the behemoths of the contemporary order, but with the slaveholders of the seventeenth century. Such a critique of capitalism quickly becomes a prisoner of its own heredity. A more creative historical politics would move in the opposite direction, recognizing that the power of American capitalism does not reside in a genetic code written four hundred years ago. What would it mean, when we look at U.S. history, to follow William James in seeking the fruits, not the roots?

In order to see how Karp develops these thoughts you will need a subscription to Harper‘s Magazine. It’s brilliant piece–definitely worth the $23.99 for a year’s subscription.

Here is a bit more from Karp:

Today’s historicist critics operate within a different kind of cosmology. In her essay introducing the 1619 Project, the journalist Nikole Hannah-Jones notes that black Americans have fought for and achieved “astounding progress,” not only for themselves, but for all Americans. Yet the project does not really explore this compelling story: in fact, it largely skips over the antislavery movement, the Civil War, and the civil-rights era. Strikingly, Frederick Douglass appears more often in the 1776 Report than in the 1619 Project, where he originally received just two brief mentions, both in an essay by Wesley Morris on black music. Martin Luther King Jr., for his part, makes only one appearance in the 1619 Project, the same number as Martin Shkreli. In more than one hundred pages of print, we read about very few major advocates of abolition or labor and civil rights: Harriet Tubman, Sojourner Truth, Henry Highland Garnet, A. Philip Randolph, Ella Baker, Rosa Parks, and Bayard Rustin are just a few of those who go unmentioned.

Above all, the historical imagination of the 1619 Project centers on a single moment: the purported date that marks the arrival of African slaves in British North America. “This is sometimes referred to as the country’s original sin,” writes Jake Silverstein, the editor of The New York Times Magazine, “but it is more than that: It is the country’s very origin.” Out of this moment, he continues, “grew nearly everything that has truly made America exceptional”—the kernel of four hundred years of economic, political, and cultural life. History, in this conception, is not a jagged chronicle of events, struggles, and transformations; it is the blossoming of planted seeds, the flourishing of a foundational premise.

I will return to this essay again. Stay tuned.