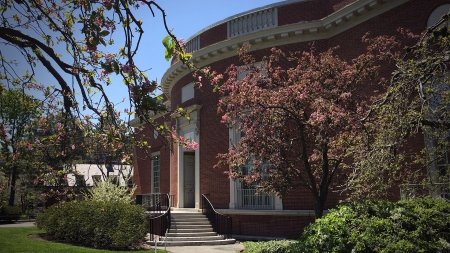 Here is Anne Buress at The Harvard Gazette:

In a recent virtual curatorial discussion, Houghton librarian John Overholt took an item from the Colonial North America collections to share with his audience. Rather than highlighting a letter from John Hancock or a cameo of George Washington, Overholt chose a yellowed piece of paper with a faded inventory from a sugar plantation in Antigua. The plantation’s owner, Slingsby Bethell, had listed the plantation’s enslaved people as though they were cattle or sheaves of wheat.

Speaking to why he chose this item from hundreds of thousands in the colonial-era collection, Overholt explained, “In a system designed to erase every trace of enslaved peoples’ humanity, this is one of the few records of it.”

The record exists digitally now because, nearly 10 years ago, Harvard Library began a project to digitize all its unpublished 17th- and 18th-century manuscripts and archives related to colonial North America. This turned out to mean more than 700,000 pages of material, from the seemingly mundane to those related to well-known historical figures.

The digitization project was finished this spring, and Harvard Library staff and partners from other institutions celebrated its completion with a virtual symposium in early April. A key theme of the symposium was reflecting on the upper-class, British, male-centric view through which many American students learn about the colonial era — and the opportunities to change this. Harvard curators argue that free, digital collections like this one provide a chance to change how we think, learn, and teach when it comes to colonial North America.