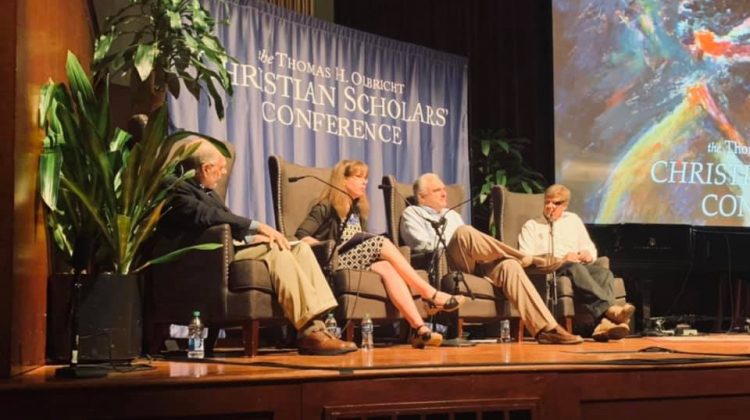 It was good to get back to conferences this weekend. I forgot how much there is to learn through attending conferences and how much face-to-face engagement is so much more effective at stimulating thinking than ZOOM events.

On Thursday I was in Nashville for the Churches of Christ Christian Scholars Conference at Lipscomb University. I was part of a plenary panel on evangelicals and politics with three scholars I deeply admire and respect: Randall Balmer, Richard Hughes, and Molly Worthen. We talked about everything from generational differences in evangelicalism, evangelical Christian higher education, and critical race theory. Following the session, four scholars and writers reacted to the paper. Thanks to Amy Artman, Stephen Mansfield, Edward J. Robinson, and John Schmalzbauer for their constructive responses.

I left Nashville thinking about:

But the real thrill was getting to engage with early American scholars working at the intersection of religion and the American Revolution, including Carte (the author of the just published Religion and the American Revolution: An Imperial History), Amanda Porterfield, Spencer McBride, Shelby Balik, Adam Jortner, Alyssa Penick, Seth Perry, Kirsten Beales, Michael Baysa, Christopher Jones, Peter Choi, and Peter W. Walker.

I left Providence thinking about:

Thanks to Joe Dooley of the Sons of the American Revolution for handling the logistics for this wonderful little conference.