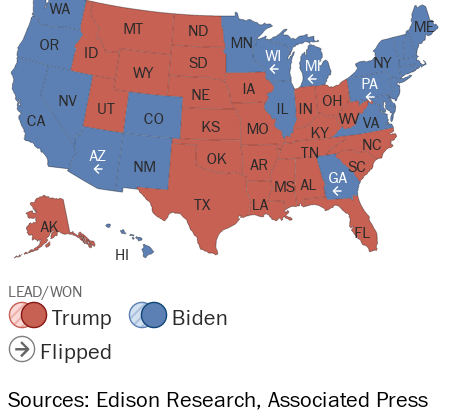 The Atlantic is running another fascinating piece of political journalism from Ron Brownstein.

Conservatives know they have no chance of shaping national policy, so they are appealing to localism. While I am certainly supportive of cultivating local culture, as an American historian I also know that such an approach has led to injustice.

Here is a taste of “Watch What’s Happening in Red States“:

Though this year’s proliferation of bills restricting ballot access in red states has commanded national attention, it represents just one stream in a torrent of conservative legislation poised to remake the country. GOP-controlled states—including Florida, Tennessee, Georgia, Texas, Arizona, Iowa, and Montana—have advanced their most conservative agenda in years, and one that reflects Donald Trump’s present stamp on the Republican Party.

Across these states and others, Republican legislators and governors have operated as if they were programming a prime-time lineup at Fox News. They have focused far less on the small-government, limited-spending, and anti-tax policies that once defined the GOP than on an array of hot-button social issues, such as abortion, guns, and limits on public protest, that reflect the cultural and racial priorities of Trump’s base.

In part, this sharp right turn reflects a conscious backlash against unified Democratic control of Congress and the White House. Jessica Anderson, the executive director of Heritage Action for America, one of the country’s foremost grassroots conservative groups, told me that right-leaning voters have shifted more of their effort toward red states because they realize that they currently have no chance of advancing their causes at the national level. But the push, she added, also reflects a determination to elevate social and cultural issues that Trump stressed, after the GOP’s congressional leadership had generally downplayed them in favor of economic priorities such as cutting taxes and regulation. “You can make the argument that the work at the state level is a rebuttal or a critique of too much of the GOP leaving this stuff behind,” she said. “Trump said it matters.”

Read the entire piece in The Atlantic.