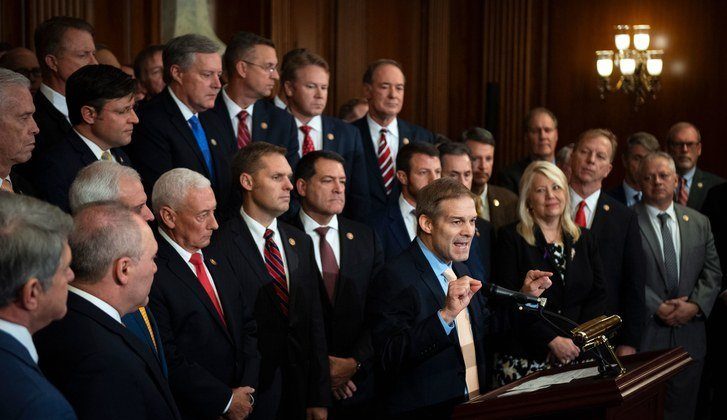 Rational Republicans are leaving politics in droves. Here is Politico:

As Donald Trump ponders another presidential bid, top Republicans have grown fearful about what they’re calling the party’s “lost generation.”

In conversations with more than 20 lawmakers, ex-lawmakers, top advisers and aides, a common concern has emerged — that a host of national and statewide Republicans are either leaving office or may not choose to pursue it for fear that they can’t survive politically in the current GOP. The worry, these Republicans say, is that the party is embracing personality over policy, and that it is short sighted to align with Trump, who lost the general election and continues to alienate a large swath of the voting public with his grievances and false claims that the 2020 election was stolen.

Trump has driven sitting GOP lawmakers and political aspirants into early retirements ever since he burst onto the scene. But there was hope that things would change after his election loss. Instead, his influence on the GOP appears to be as solid as ever and the impact of those early shockwaves remain visible. When asked, for instance, if he feared the 45th president was causing a talent drain from the GOP ranks, former Florida Gov. Jeb Bush — perhaps inadvertently — offered a personal demonstration of the case.

“Thank you for checking in,” he replied. “I am out of politics and life is good.”

For Trump and his allies, this is a positive development. Establishment Republican politicians, in their estimation, were out of touch with the popular sentiment of Republican voters. And the degree to which Trump helped with that reorientation has been a good thing: realigning the party with working-class voters and encouraging a new cohort of non-traditional politicians to run for office. Many in the party point to lawmakers like Sen. Tim Scott, R-S.C., Sen. Josh Hawley, (R-Mo.), Florida Gov. Ron DeSantis and Rep. Elise Stefanik, (R-N.Y.) as a new era of GOP leaders.

What happens if this isn’t a “lost” generation, but the new future of the GOP?