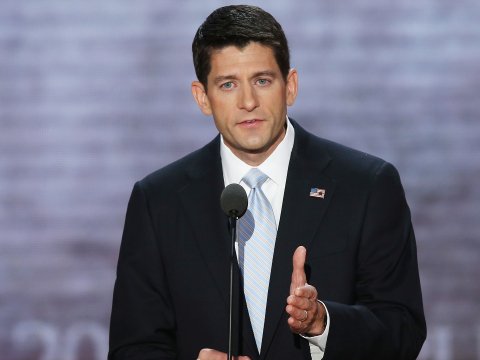 Tonight the former Speaker of the House will give a speech at the Reagan Library in California. John McCormick of The Wall Street Journal reports:

“Once again, we conservatives find ourselves at a crossroads,” Mr. Ryan will say, according to excerpts shared in advance. “Here’s one reality we have to face: if the conservative cause depends on the populist appeal of one personality, or on second-rate imitations, then we’re not going anywhere.”

The party’s 2012 vice-presidential nominee has had a tense relationship with Mr. Trump. In 2019, the then-president said the former speaker was a failure whose “record of achievement was atrocious.”

Mr. Ryan is also expected to praise some of the former president’s accomplishments. He plans to say that voters are seeking GOP leaders willing to show “independence and mettle.”

The former speaker is the first in a series of Republicans invited to the library, which reopened this week after more than a year of closure because of the Covid-19 pandemic, to discuss the party’s future.

“We win majorities by directing our loyalty and respect to voters, and by staying faithful to the conservative principles that unite us,” Mr. Ryan is expected to say, before one of many references to Mr. Reagan. “This was true even when the person leading our movement was as impressive, polished, and agreeable as they come.”