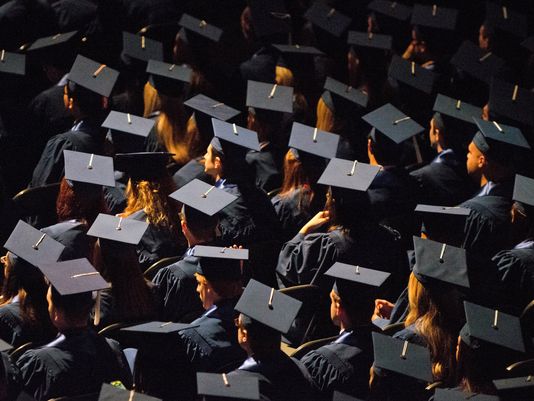 Historian David Perry offers some advice to the class of 2021:

We understand more or less the science of viruses, of germ theory, of infection. We know how to quarantine and that it works, and with modern telecommunications, quarantine didn’t have to result in total shutdowns of work or school (for all of us, both were fraught and unequal), not to mention the ability for national leaders to share information and guide us simultaneously. After some initial errors, by the time we reached the end of the first set of lockdowns, we had accurate and effective tests for Covid-19 and we have the technology to trace infections. But we didn’t, at least in part due to the lack of effective communication, the lack of ethical leadership prioritizing the common good, and the resulting lack of trust.

In other words, the science was there, but the humanities were left behind.

So whatever you studied and whatever you do in the years to come, don’t neglect the lessons of your courses that you took – likely with resentment or at least an eye roll or two — just because your university made you pursue general education. That lone history class wasn’t good for you because of any one thing you learned about the past, and you don’t study literature just to read specific books, but because of the tools they provide.

Read the entire piece at CNN.