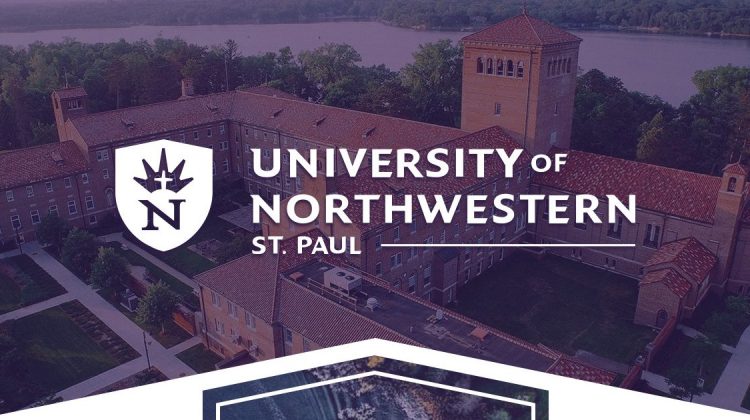 I linked to this story in my May 24, 2021 Evangelical Roundup, but I thought it deserved a separate post.

The University of Northwestern, a Christian college in St. Paul, Minnesota, appears to be making a good-faith effort to deal with race on campus and in the larger Christian community. But some students and alumni are not happy about it.

A petition, written by two students, complains about the following:

At the moment, the petition has over 2,500 signers. Some signers have left comments. Here are a few:

—I’m an alumni and have been in full time ministry my entire adult life, most of that as a pastor. I care deeply for Northwestern, which is why I’m signing this petition. I pray that leadership rejects the unbiblical, worldly ideas of critical race theory and embraces the authority of Scripture. The Bible is sufficient to teach us how to love others who look different than us, how to treat one another with impartiality, and how to do justice. CRT is a false-gospel, which is why this is such a big deal. It redefines sin as oppression against humans rather than rebellion against God. Salvation has been redefined as activism with the goal of liberation rather than repentance to Christ with the goal of restoring a broken world through Gospel transformation. It grieves my heart that Northwestern has allowed unsound teaching into the school. This is a call to leadership to stand firm on the Bible and remove these toxic, divisive, unbiblical teaching from the school.

–Thank you for gracefully formulating this important letter. As I read through the thoughts supported with Biblical truths I kept thinking of this verse: “Do not conform to the pattern of this world, but be transformed by the renewing of your mind. Then you will be able to test and approve what God’s will is—his good, pleasing and perfect will.” Romans‬ ‭12:2‬ ‭NIV‬‬

–I’m signing this because I am an alumni of UNW and my son, who was a freshmen at UNW this past year, left in December for precisely these reasons. I wrote a letter to the UNW president and copied several deans and other administration and received a condescending form letter as a response, which indicated to me that UNW doesn’t genuinely care in these concerns. A friend sent a similar letter to the president of Wheaton. These leaders are training up a new generation in a very false gospel. Every possible option should be used to help bring this to the fore and prevent this from spreading. Thank you for initiating this petition!

The previous letter is an interesting one. The parent does not realize that similar efforts at racial reconciliation are happening on most, if not all, Christian college campuses. I am not sure where her son will continue his education. Even Liberty University has an office of diversity affairs.

—100 percent agree. Very proud of these seniors. The reason Satan is so effective at deceiving is he mixes truth with lies. Have looked into CRT and Intersectionality. Believe policies and teachings based on these fall in this category and have no place at a biblically-based college. Growing understanding of and promoting intimacy with Father, Son, and Holy Spirit is what changes lives.

–CRT has no place in America and any of its institutions.

–I am an alum and a pastor, and I have a son approaching college age in the next few years. I will not promote or send my son to any school that embraces CRT.

–Critical Race Theory is the newest wave in the pagan spirit of the age, and it needs to be purged from Christian circles. Healing, reconciliation, and justice are only possible through Jesus and the gospel, and CRT (cultural marxism) is a barrier, not a tool. If you disagree with me, that’s fine, but then let us reason together. Right now many of you clearly don’t want to, evidenced by the hatred and vitriol directed at Josh and Hayley. For all of you students upset about this, look around you. 1900+ people in the UNW community, including current students, alumni, and parents all disagree with you. This is not just about some dumb conservative rubes from greater MN that don’t understand your experience. This pagan spirit of the age is the greatest thing threatening the church, and we need to talk through, but right now none of y’all are reasonable enough to do so.

The authors of the petition made it onto Fox & Friends.

Since the original petition, the authors have offered an update. Read it here

The petition reads like a response to a recent petition from students of color at the university. These students demanded the University of Northwestern:

1. Establish a ‘Diversity, Equity & Inclusion’ office to guide the faculty and staff from all departments. The purpose of this office should be to influence and support decision-making at all levels to ensure all decisions made at the University of Northwestern are through an equitable lens.
2. Incorporate measurable diversity, equity & inclusion goals into the strategic plan
3. Mandate rigorous training for faculty, staff, and students on anti-racism, bias, and privilege.
4. Teach courses on Black, Native American, LatinX, and Asian theologies and histories that also explore the racial injustices in our country and the church. These courses should be integrated into the core curriculum.
5. Publicly denounce white supremacy and hold university leaders, faculty, staff, and students accountable for racist remarks and behavior. Mandate a zero racism tolerance policy.
6. Publicly support and fund organizations that fight white supremacy, systemic racism, and social injustice.
7. Allocate more funding to FORCE to support the professional and personal development of students of color, such as attending student leadership conferences.
8. Invite local social justice activists to speak in chapel and facilitate training about structural racism.
9. Hire more faculty, counselors, and staff of color that reflect the growing diversity of the student population.
10. Create a ‘George Floyd Memorial Scholarship’ to contribute to the educational promise of aspiring young Black American leaders. This scholarship should be separate from the ActSix scholarship program.
11. Continue to commit to fully funding the ActSix scholarship program.

Here are some additional resources on critical race theory:

Oklahoma is trying to ban the teaching of critical race theory. What does this mean for how U.S. history is taught in the state?