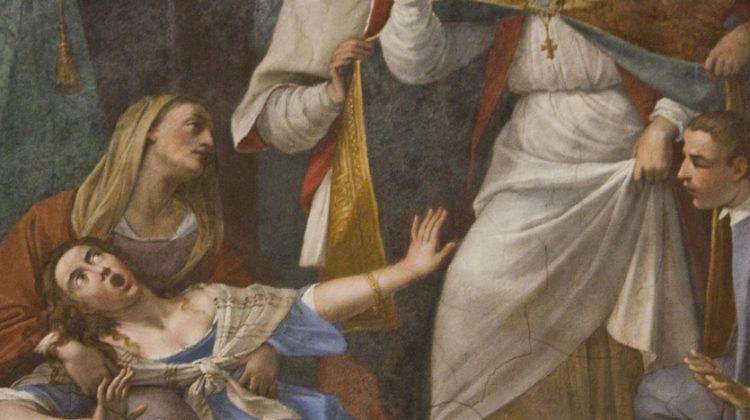 According to Audrey Clare Farley at The New Republic, some conservative Catholic priests believe they are engaged in a spiritual war against Black Lives Matter, Marxism, critical race theory, intersectionality, and wokeness. Here is a taste of her piece:

Last fall, a Portland archbishop led a procession into a public park, where he conducted a Latin exorcism to dispel the evil spirits left by racial justice activists. The very same day, a San Francisco archbishop performed a similar rite at the site of a felled statue of Father Junipero Serra, an eighteenth-century Spanish friar whose missionaries forced Indigenous people to convert to Christianity, whipping and torturing many to death. Flanked by rosary-praying nuns, priests, and laity, Archbishop Salvatore Cordileone asked God to “purify this place … purify the hearts of those who perpetrated this blasphemy.” He later called upon authorities to press felony and hate crime charges against the Native protesters who toppled the statue.

Many locals were outraged. Gregg Castro, an activist of the Salinan and Ohlone tribes, told the National Catholic Reporter, “Exorcisms are a throwback to the thinking of the 1700s, which justified what the Spaniards did to us. To them we are some kind of demonic spirits.” One individual suggested that exorcisms might be better suited at U.S. Immigration and Customs Enforcement facilities, where immigrants are kept in cages and women report being forcibly sterilized. A retired priest offered that more wisdom could be gained from listening to the people “for whom Serra is a stumbling block to the church’s credibility.”

But Archbishop Cordileone seems uninterested in defending the racially oppressed or critically examining the church’s history of white supremacy. Like the exorcists writing screeds against Black Lives Matter and the U.S. bishops preparing to formally declare President Joe Biden unfit for communion because of his support for abortion rights, Cordileone is a culture warrior. He has previously made headlines for demanding Catholic schoolteachers sign morality clauses and opposing pandemic-related worship restrictions, which he calls the work of “secular elites.”

Expect such exorcisms to come to a Southern Baptist congregation near you in 2021!