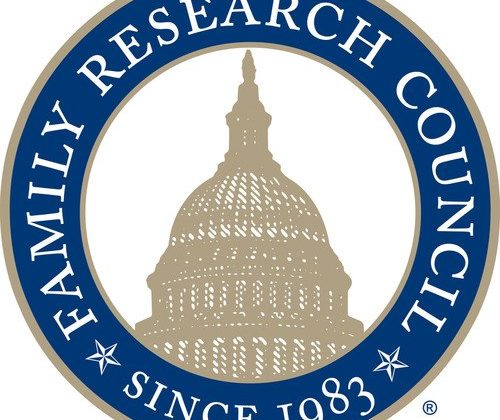 Move over Liberty University’s “Standing for Freedom Center” and Donald Trump’s “Center for American Values,” there’s a new kid on the block!

Family Research Council today launched the Center for Biblical Worldview (CBW). The Center for Biblical Worldview is an exciting new ministry of Family Research Council whose mission will to be to help Christians develop and live by a biblical worldview.  CBW will also train Bible-believing Christians to advance and defend the faith in the workplace, in the schools, in their communities, and in the public square.

The CBW also welcomes two Senior Fellows, Dr. George Barna and Dr. Owen Strachan. George has pioneered survey research among evangelicals since 1981. His recent work shows that only a small percentage of self-identified Christians actually hold and live according to a biblical worldview. Barna’s surveys and research will play a key part in the CBW’s response to declining biblical literacy among Christians by sponsoring new initiatives to revive and cultivate a biblical worldview among believers.

Dr. Strachan currently serves as Provost and Research Professor of Theology at Grace Bible Theological Seminary in Conway, Arkansas. He is a former president of the Council on Biblical Manhood and Womanhood. Through resources like his latest book, Christianity and Wokeness (scheduled for publication this summer), Strachan will help CBW expose the woke secular ideologies that have increasingly infiltrated Christian universities, denominations, and other institutions and help provide resources for pastors, churches, and Christian families.

Along with the launch of the Center for Biblical Worldview, FRC has released a new, national survey regarding the state of worldview in America. The objective of the survey was to provide original, research-based insights about how many people possess a biblical worldview; if and to what extent they seek to integrate that worldview into every dimensions of their life; what influences have helped them to do so; and whether they believe that such integration matters to God.

On the launch of the Center for Biblical Worldview, Family Research Council President Tony Perkins said:

“Christians have a duty to stand against the prevailing cultural tides and proclaim God’s truth to a dark and wandering world. But before you stand, you need solid ground. The Center for Biblical Worldview is designed to give Christians a firm foundation so that they can engage the culture by being rooted in God’s Word. Every Christian can and should obtain a biblical worldview – which is only achieved when a person believes that the Bible is true, authoritative, and then taught how it is applicable to every area of life, which enables them to live out those beliefs. We look forward with eagerness for how God will use our new Center for Biblical Worldview.”

“Although a majority of Americans believe they have a biblical worldview, current research shows that only six percent have a biblical worldview. This means that most of our friends and neighbors, including those who attend church, do not think about the day’s moral and cultural issues through the lens of Scripture. Increasingly, we see the disastrous effects of a culture that has rebelled against God’s Word. That is why I am thrilled to be part of a new initiative that is committed to equipping Christians with a biblical worldview.”

“I’m pleased to welcome Owen and George to the FRC team. For decades, George Barna has set the gold standard for political, cultural, and worldview research by providing crucial and accurate data on the trends and trajectory of worldview in the church and America. Dr. Barna’s research will enhance our strategies as we equip churches, ministries, and other organizations to reverse the decline in biblical illiteracy and increase the number of Americans who have a biblical worldview.”

“Meanwhile, Owen Strachan has been a joyful warrior in the fight for cultural renewal. As a writer, speaker, and academic, Dr. Strachan has worked to safeguard orthodox doctrine and advance a biblical worldview in our churches. As FRC continues to come alongside pastors to advance a biblical worldview, Owen’s experience and expertise will be vital to our mission of bringing light and truth to our culture and congregations,” concluded Closson.

“I am excited to work more closely with FRC to apply the research findings in ways that help to transform individuals’ lives and American culture. Given FRC’s track record of making a difference in our society based upon its unwavering commitment to biblical principles, I look forward to an effective and fruitful partnership using research to guide our efforts.”

“I am thrilled to join the FRC team, and in doing so to have a special focus on the cultivation of a godly mind. This project is vital beyond words. If Christians do not form a biblical worldview in evil days like these, they represent sitting ducks. But when believers are trained by churches and other strengthening institutions like FRC to think in a distinctly biblical way, they cease to be an easy target. They learn to think unto God, reason from the Scriptures, and proclaim the excellency of Christ in a world that hates Him. It’s pure joy to play a small role in promoting such a momentous project.”

I am assuming that this is what the Family Research Council means by a “Biblical World View”: