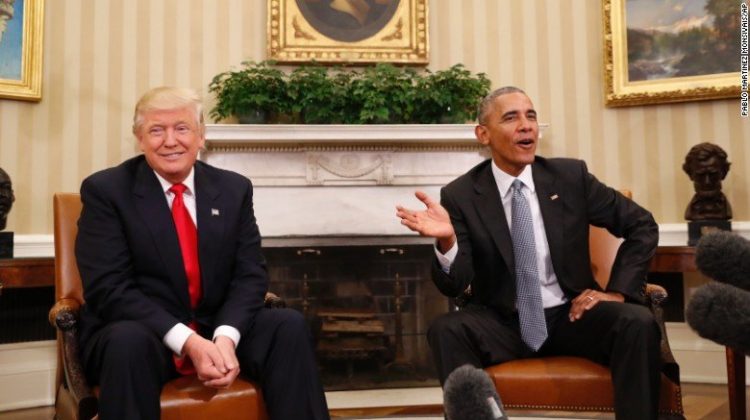 Over at The Atlantic, Caroline Mimbs Nyce interviews Edward-Isaac Dovere, author of the upcoming book Battle for the Soul: Inside the Democrats’ Campaigns to Defeat Trump.

Initially, President Obama seemed pretty restrained when commenting on the 45th president. What was going on behind the scenes?

Obama definitely did not think Donald Trump was qualified to be president. He had a very cautious approach in public to what he said about Trump. But people would push him. Staff members and donors were trying to get him to talk about what he thought about Trump.

And occasionally, he would let something slip and he would say things like, Trump’s a “fucking lunatic.” Or “I didn’t think it would be this bad.” Or even “I didn’t think we’d have a racist, sexist pig.”

At one point, he’s seeing the news reports about when Trump had the Russian ambassador into the Oval Office, and he says, “corrupt motherfucker.”

I don’t think anybody ever imagined that Barack Obama was a Trump voter. But the clarity and the harshness of his view was surprising to many people.

Now let’s talk about President Biden. How much of a role did Trump play in Biden’s decision to run for office in 2020?

Until August 2017, when Charlottesville happened, he was interested in running—not giving up on the dream. But it was kind of being written off. And then after Charlottesville, he felt like somebody had to beat Trump. This wasn’t a question anymore.

How did Biden’s approach to Trump change over time?

It clicked up in notches. Charlottesville was a huge click up. Then there was the phone call—the carrying on that Trump did about Hunter Biden—that led to the first impeachment. That hit Biden very, very close.

Then it was the “suckers” and “losers” article that Atlantic editor in chief Jeffrey Goldberg published. Biden was just so deeply offended by that, on behalf of his late son, Beau, who had served in the National Guard.