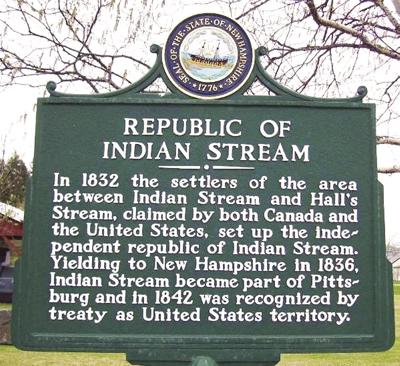 Here is historian Alan Taylor at The Washington Post:

In our polarized times, talk of secession blooms on the losing side of bitterly contested national elections. After the 2016 election, some liberal Californians proposed a referendum to seek independence. Last December in Texas, a few leading Republicans actually threatened to secede from a nation whose courts would not overturn the 2020 presidential election. This talk of secession reflects animosities and fears, but it is also fundamentally based on a mythic and rosy version of our political origins — one that never was.

Modern secessionists claim that the Founders united to support an American creed that looks conveniently like their vision for America today. They blame their political opponents for betraying this political utopia.

In reality, however, the early American Republic was anything but a harmonious utopia. The Founders fiercely disagreed about how to govern the republic and they created a Union specifically designed to keep the peace between their diverse and fractious states. So powerful were animosities and fear of disunion and potential foreign meddling that might promote it that the United States set out on a path of expansion to push enemies away and relieve tensions domestically.

Keeping the peace in the early republic was a challenge. The former colonists lacked a common identity as Americans, for most felt greater allegiance and affection for their home states. A Massachusetts leader noted: “Instead of feeling as a nation, a state is our country. We look with indifference, often with hatred, fear, and aversion to the other states.” Patriots worried that their states would clash over boundaries and trade, replicating the wars that so often bloodied Europe.

After winning independence, the United States began to unravel during the mid-1780s. The smaller states dreaded domination by larger ones. Frontier settlements threatened to break away from the east (and Vermont succeeded for a decade.) Connecticut men fought to take away the northern third of Pennsylvania; the rest of New England threatened a hostile takeover of Rhode Island. Alexander Hamilton denounced the states as “little, jealous, clashing, tumultuous commonwealths, the wretched nurseries of unceasing discord.” Benjamin Franklin agreed, “Our States are on the point of separation, only to meet hereafter for the purpose of cutting one another’s throats.”

Taylor’s new book is American Republics: A Continental History of the United States, 1783-1850.