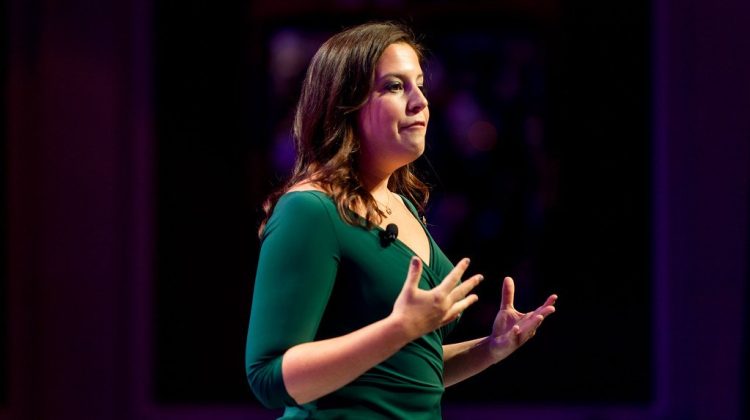 Liz Cheney is on her way out. New York congresswoman Elise Stefanick, who got national attention for her defense of Trump in his first impeachment hearing, is positioning herself to replace Cheney as the House’s third-ranking Republican. Donald Trump has endorsed her, but Trump’s followers are not so sure. Here is Tina Nguyen at Politico:

But the MAGA faithful aren’t so sure.

Within minutes of Trump’s endorsement of the New York congresswoman for GOP conference chair on Wednesday, top MAGA voices erupted in anger — a rare break with the former president. The invective aimed at Stefanik, who was perceived to be insufficiently conservative and a relative newcomer to the Trump cause, continued to zoom through the MAGA-sphere on Thursday.

Others, like pundits Ann Coulter and Raheem Kassam, editor in chief of the populist online outlet National Pulse, went on a retweeting spree, highlighting writer after writer, tweet after tweet, questioning Stefanik’s commitment to the Trump movement’s core tenets, particularly on immigration.

It is also worth noting that Stefanik supported the Equality Act in 2019 and opposed it in 2021.