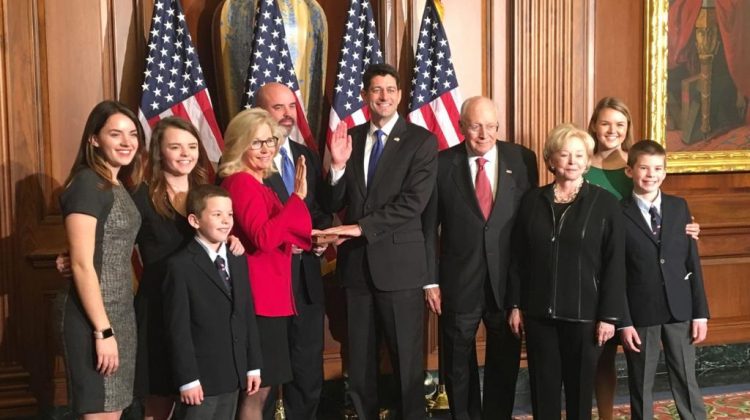 CNN gets us up to speed:

Wyoming Rep. Liz Cheney, the No. 3 House Republican, said on Monday her party cannot accept the “poison” of the idea that the 2020 election was stolen and should not “whitewash” the January 6 Capitol riot — and Donald Trump’s role in fomenting it.”

We can’t embrace the notion the election is stolen. It’s a poison in the bloodstream of our democracy,” Cheney said, speaking behind closed doors at a conference in Sea Island, Georgia. “We can’t whitewash what happened on January 6 or perpetuate Trump’s big lie. It is a threat to democracy. What he did on January 6 is a line that cannot be crossed.”

Cheney made her comments, confirmed to CNN by two people in the room, during an off-the-record interview with former House Speaker Paul Ryan before a crowd of donors and scholars at the annual retreat for the American Enterprise Institute, a conservative think tank.

So what are the evangelical Trumpers saying about Cheney’s statements? The short answer is “not much.”

Brody also retweeted this post from a Trump spokesman:

Pastor Greg Locke has some choice words for Cheney: