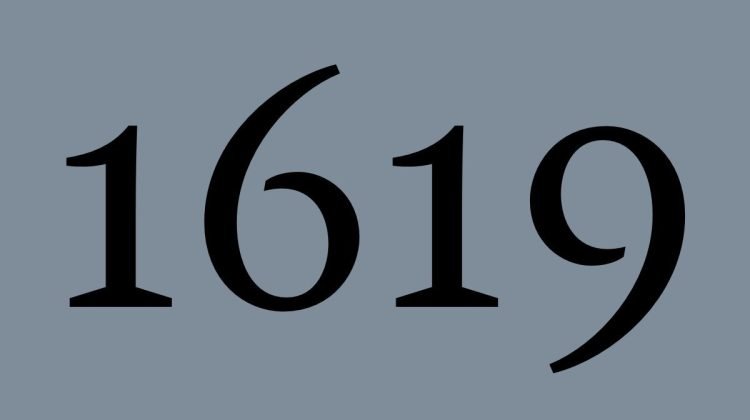 Here is Ryan Nobles at CNN:

In a letter obtained by CNN, the Republican leader asks Education Secretary Miguel Cardona to abandon curriculum in American schools that McConnell argues tells a revisionist history of America’s founding.

McConnell claims these programs such as The New York Times 1619 Project “re-orient” the view of American History “away from their intended purposes toward a politicized and divisive agenda.” Politico was the first to report on the letter.

The 1619 project has become a hot button issue for conservatives across America and politicians have fought efforts by school districts to make it a part of history curriculum in public school districts.

The project, launched by The New York Times in 2019, reframes American history around the date of August 1619 when the first slave ship arrived on America’s shores, and it has launched a fierce debate over the legacy that slavery has played in shaping America, particularly as it relates to its treatment of Black citizens.

Republicans have misleadingly suggested there are widespread efforts to install the program in schools across the country. Former President Donald Trump made it a rallying cry during the 2020 election. While some states, like California, have used the project as part of their learning plan, the federal government has not directly instructed or promoted schools to use it, as it does not play a role in specific curriculum planning in local schools. Those decisions are largely made at the state level.

However, the Education Department, under the Biden administration, has proposed offering grant programs to states and local schools that would incentivize them to use tools like the 1619 Project in their classrooms.

A 2020 survey found that only 51% of Americans can name the three branches of our federal government. A 2019 study found that majorities of Americans in 49 states and the District of Columbia would earn an “F” on the U.S. Citizenship Exam. The most recent National Assessment of Educational Progress found that just 15% of American eighth-graders are “proficient” in U.S. history. School closures during the COVID-19 pandemic have almost certainly intensified these problems by triggering substantial learning losses, particularly for students from underserved backgrounds. Meanwhile, as powerful institutions increasingly subject Americans to a drumbeat of revisionism and negativity about our nation’s history and identity, American pride has plummeted to its lowest level in 20 years.

This is a time to strengthen the teaching of civics and American history in our schools. Instead, your Proposed Priorities double down on divisive, radical, and historically-dubious buzzwords and propaganda. For example, your Proposed Priorities applaud the New York Times’s “1619 Project.” This campaign to “reframe the country’s history, understanding 1619 as our true founding” has become infamous for putting ill-informed advocacy ahead of historical accuracy. Actual, trained, credentialed historians with diverse political views have debunked the project’s many factual and historical errors, such as the bizarre and inaccurate notion that preserving slavery was a primary driver of the American Revolution. One renowned historian called the project “so wrong in so many ways.” Citing this debunked advocacy confirms that your Proposed Priorities would not focus on critical thinking or accurate history, but on spoon-feeding students a slanted story.

Americans do not need or want their tax dollars diverted from promoting the principles that unite our nation toward promoting radical ideologies meant to divide us. This trend is already sweeping through K-12 schools nationwide in absurd ways. In February, the Oregon Department of Education advertised an “anti-racist math” workshop run by an organization which teaches that “white supremacy culture shows up in math classrooms” when “the focus is only on getting the ‘right’ answer” and when “students are required to ‘show their work’ in only one way.” California’s new statewide model curriculum urges teachers to lead students in a “Unity Chant” that prays to Aztec deities for “decolonization.” Curriculum documents from New York discuss “cis-gender privilege” and “disrupting the Western-prescribed nuclear family.”

Families did not ask for this divisive nonsense. Voters did not vote for it. Americans never decided our children should be taught that our country is inherently evil. If your Administration had proposed actual legislation instead of trying to do this quietly through the Federal Register, that legislation would not pass Congress.

In fact, your proposal would distort bipartisan legislation that was led by former Senators Lamar Alexander, Ted Kennedy, and Robert Byrd. The clear legislative intent was to equip young citizens with foundational knowledge about American history, a better understanding of our governing institutions, and more of the vibrant patriotism brought forth by a balanced assessment of our imperfect but exceptional nation. As the HELP Committee explained in 2003, “The committee recognizes how important it is for citizens to understand the principles that have united all Americans since our Nation’s founding. Most countries are united by a common ethnicity, but the United States is united by our commitment to these principles… Although America’s variety and diversity is a great strength, Americans’ greatest accomplishment is that we found unity amidst that variety and diversity.” That is the legislative intent that has enjoyed broad bipartisan support for years.

Young Americans deserve a rigorous understanding of civics and American history. They need to understand both our successes and our failures. But acknowledging that America’s journey has been a work in progress throughout our history cannot mean ignoring the tremendous strides we have made together. Our nation’s youth do not need activist indoctrination that fixates solely on past flaws and splits our nation into divided camps. Taxpayer-supported programs should emphasize the shared civic virtues that bring us together, not push radical agendas that tear us apart.

We request that you withdraw these Proposed Priorities and refocus on civic education and American history programs that will empower future generations of citizens to continue making our nation the greatest force for good in human history.

I wrote about these grant programs here.