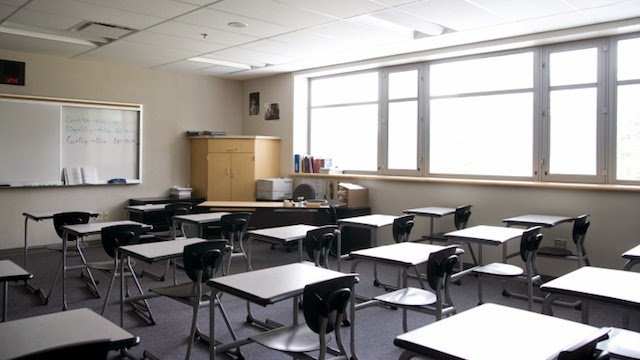 You can read the document here.

These priorities may influence who gets federal money for American history and civics programs and who does not. The Department is soliciting comments on these proposed priorities.

A few things that got my attention:

I am not sure what the proposal means by “traditional American history,” but if it means that the U.S. Department of Education is committed to teaching the discipline of American history in schools then this is a step in the right direction.

The Department of Education proposes giving priority to projects that “incorporate racially, ethnically, cultural, and linguistically diverse perspectives into teaching and learning. So, in other words, the Department of Education wants history teachers to teach American history in line with the best scholarship in the historical profession. There is nothing controversial about this. Most teachers have been doing this for decades. For example, I am not sure how one can teach early American history without incorporating slavery, native American history, women, and ethnic diversity into the curriculum. At this point, anyone who is not incorporating these voices into their classes is leaving them out deliberately, based on a particular political agenda that has nothing to do with the teaching of history.

Conservatives are already going crazy over this line in the proposal:

For example, there is growing acknowledgment of the importance of including, in the teaching and learning of our country’s history, both the consequences of slavery, and the significant contribution of Black Americans to our society. This acknowledgment is reflected, for example, in the New York Times’ landmark “1619 Project” and in the resources of the Smithsonian’s National Museum of African American History.

If you want to raise the hair on the neck of a certain kind of conservative in the United States, use the phrase “1619 Project” in a sentence. I am not going to revisit my many posts of the 1619 Project. I have mixed feeling about it. You can read what I have written on it here. It is worth nothing, however, that this Department of Education proposal does not require teachers or school districts to use the 1619 Project in the classroom.

Conservatives also go crazy whenever they read the name Ibram X. Kendi. Here is what the proposal says:

Accordingly, schools across the country are working to incorporate anti-racist practices into teaching and learning. As the scholar Ibram X. Kendi has expressed, “an antiracist idea is any idea that suggests the racial groups are equal in all their apparent differences–that there is nothing right or wrong with any racial group. Antiracist ideas argue that racist policies are the cause of racial inequities.” it is critical that the teaching of American history and civics creates learning experiences that validate and reflect the diversity, identities, histories, contributions, and experiences of all students.

I agree with Kendi here. Any good historian is going to teach about racial groups as if “there is nothing right or wrong with any racial group.” Teachers should treat all historical actors they encounter in the past with the human dignity that they deserve. Teachers should do their best to bring diverse voices into their classrooms. I think most history teachers would agree with me on this front. I made a similar argument in Why Study History?

The controversy emerges over matters of interpretation and emphasis. In other words, which voices drive the narrative? For example, I disagree with the 1619 Project’s claim that the so-called founding fathers sought independence from England in 1776 for the primary purposes of preserving slavery. (I am with a lot of good American historians on this front. See my 1619 posts, linked above). When I try to get my students to understand the American Revolution, as I am doing this semester in my “Age of the American Revolution” course, I talk about the Revolution’s influence on the enslaved, free blacks, women, and the poor. But when I am teaching the war I talk more about George Washington, Lord Cornwallis, Henry Clinton, and Charles Lee. I focus on Jonathan Dickinson when I discuss the Townsend Acts. And I spend a lot of time on George Grenville and Samuel Adams when I teach the Stamp Act. When I teach the Declaration of Independence I talk more about Thomas Jefferson’s ideas than I do Jefferson’s slaves. I also talk about why I am talking more about these people at these moments.

Should students have an “identity safe” learning environment, as the Department of Education proposal suggests? I think a lot of this depends on the age of the student. While there is certainly a self-discovery dimension to a history education, there is also a role to play for empathy and understanding of those who are different.

I want my students–all of them–to be able to see the world from the perspective of someone who is different…Sometimes this requires an act of the imagination.  I want my white students to engage deeply with the story of slavery in seventeenth-century Virginia, the life of Frederick Douglass, the plight of 19th-century African American Philadelphia businessman James Forten, and the sorrow of Cherokees on the Trail of Tears.

I want my male students to encounter the boldness of Anne Hutchinson.  I want to expose them to the late 18th-century female community on the Maine frontier that was cultivated by the midwife Martha Ballard.  I want them to understand colonial America from the perspective of “Good Wives” and see the American Revolution through the eyes of Judith Sargent Murray or Phillis Wheatley.

I want my African American students to understand Ben Franklin and Thomas Paine and Thomas Jefferson on their own terms, not through some kind of twenty-first century grid that makes them one-dimensional characters that lack complexity.  The same could be said about Western Civilization more broadly.

I do all of this not primarily because I think the ideas of these men and women are right or wrong, but because the encounter with their voices and their stories forces students to think in a more nuanced way about these historical figures–a way that recognizes their humanity and their brokenness.  This kind of reflection might even help my students to reflect more deeply on the social and cultural issues that they believe to be important in their everyday lives as they seek to live justly in this world.

History, in the Latin, means “to lead outward.” Education should make us uncomfortable before it makes us comfortable. Of course I agree wholeheartedly with the Department of Education proposal’s claim that students in the history classroom feel “welcomed, supported, and valued members of the learning community.”

Finally, I am also pleased to see that the proposal suggests giving priority to projects that “evaluate sources and evidence,” teach how to identify “biases” in “primary and secondary sources,” and help students develop strategies “to recognize accurate and inaccurate information.” This skills are essential to cultivation and preservation of American democracy.