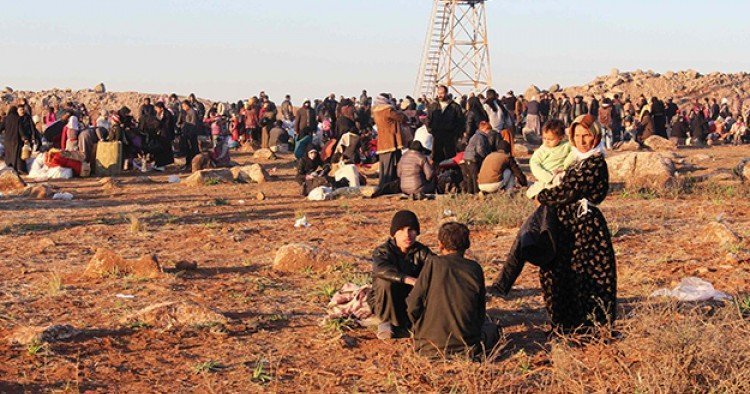 President Joe Biden’s administration has reversed a decision to keep in place a historically low cap on refugee admissions left by Donald Trump, saying it will raise the ceiling next month after faith-based groups initially decried the move as an “abandonment of our ideals.”

Biden signed a memorandum Friday (April 16) aimed at speeding up refugee admissions this year — but that memorandum does not increase the so-called refugee ceiling, something the president has pledged to do when speaking to religious audiences.

Although the memorandum leaves open the possibility of raising that number should the United States resettle the maximum 15,000 refugees this year, news that the ceiling will at least temporarily remain at that historic low was met with disappointment by many religious communities, including the faith-based groups that partner with the federal government to resettle refugees.

By Friday afternoon, The Associated Press and CNN reported the Biden administration has reversed course, announcing plans to lift the Trump-era refugee cap next month in the wake of widespread pushback from allies.

The White House confirmed to Religion News Service on Friday that officials intend to revisit the refugee ceiling sometime in the coming days, saying in a statement, “We expect the President to set a final, increased refugee cap for the remainder of this fiscal year by May 15.”

Soerens was one of many religious leaders who expressed outrage at initial reports Biden planned to leave the cap in place, referencing the president’s campaign slogan and declaring, “This is a breathtaking betrayal of the plan to ‘build back better.’”

He added: “As a Christian, I’m reminded I should never have, as the psalmist said, put my ‘trust in princes’ (Ps 146:3), but if I’m honest, I fully trusted President Biden’s commitment to rebuild the refugee resettlement program: he literally wrote a foreword to a book by a Catholic priest on refugees.”