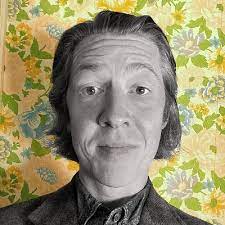 Here is Ruth Graham at The New York Times:

Abraham Piper became a sensation on TikTok nearly overnight. He posted his first video in November, and he now has more than 900,000 followers, many of them young people who thank him for capturing their experiences so precisely. His unlikely path to online stardom: irreverent critiques of evangelical Christianity aimed at others who have left the faith.

“If you just want to roll your eyes at how weird it all was, that’s what I’m here for,” Mr. Piper said, using a vulgarity, in a clip that has been viewed more than 800,000 times since he posted it to the video-sharing site in February.

Mr. Piper is certainly not the only one to use social media to talk about religion. But for millions of current and former evangelicals, there is an extra layer of meaning in his recent emergence as a critic: The household he grew up in was headed by one of the most prominent figures in American evangelicalism. Abraham’s father, John Piper, is a best-selling author and theologian who regularly appears on lists of the most influential pastors in America; he retired as pastor of Bethlehem Baptist Church in Minneapolis in 2013 after 33 years.

Fame tends to develop faster online than in the pulpit. Within less than five months, Abraham Piper’s follower count on TikTok has almost caught up with his father’s one million on Twitter. His posts — more than 300 videos to date — tackle the idea of a literal Hell (“How are you going to take your family to Outback after church while millions of people are burning alive?”), the evangelical conception of God (“unequivocal thumbs down”) and the absurdity of youth group missions trips (“a white savior’s evangelical vacation that other people pay for”).

He delivers his monologues in a cheerful version of the didactic tone that thrives on TikTok. And his posts are visually appealing, too, as far as mini-lectures go. He often records while strolling through a formerly industrial area of Minneapolis, his long gray hair peeking out of a series of goofy knit hats. His other interests on TikTok include popular philosophy, language and the jigsaw puzzle company he co-founded. (Mr. Piper also co-founded and is on the board of a media company called Brainjolt; he told CNBC in 2017 that the company expected to take in $30 million that year.)