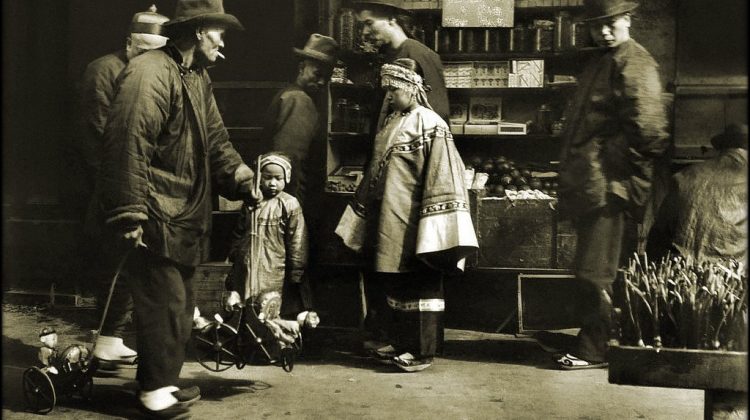 When we think of the Ku Klux Klan we think about the American South during Reconstruction and the 1920s. But as Kevin Waite informs us in his recent piece at The Atlantic, the Klan also targeted Chinese immigrants in California.

Here is a taste of “The Forgotten History of the Western Klan“:

The Ku Klux Klan was on the rise in the spring of 1869. Vigilantes could measure their success that season by the carnage they left behind: marauded homesteads, assaulted politicians, a church burned to the ground. According to a local report, insurance companies considered canceling their policies, “owing to the Ku Klux threats.” A school serving students of color was supposedly next on the Klan’s hit list.

Such havoc could describe almost any southern state in the late 1860s. But in this particular instance, it describes California. With help from the journalist Knute Berger, I’ve uncovered more than a dozen attacks attributed to the Klan in California from 1868 to 1870, as well as a smaller number in Utah and Oregon. That figure is minuscule compared with what the former Confederate states endured in these years. Nonetheless, each of these western attacks left victims and sowed terror. And collectively, they challenge common assumptions about America’s long history of white-supremacist violence.

The story of the western Klan resembles that of its southern counterpart in the broad outline—vigilantes asserting white supremacy at gunpoint. But whereas southern Klansmen assaulted Black Americans and their white allies, western vigilantes targeted those they deemed a greater threat: Chinese immigrants. By 1870, migrants from China accounted for roughly 10 percent of the state’s population and a quarter of the total workforce. By comparison, Black people represented no more than 1 percent of the population. In striking against the Chinese and their employers, vigilantes framed their assaults as a campaign for white workers.