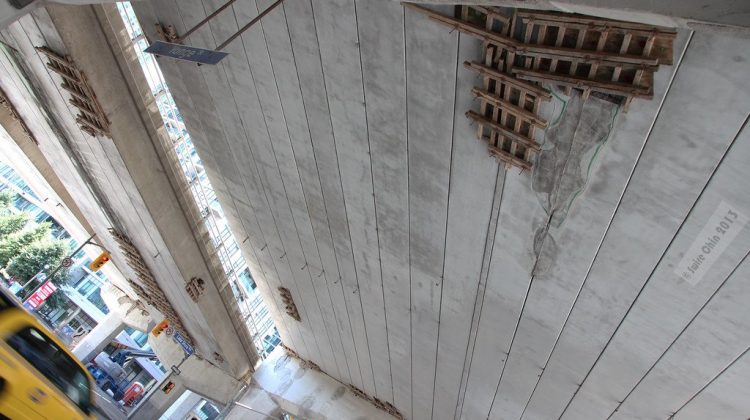 First, let’s be clear that the “only 5 percent” counts as “real infrastructure” talking point is utterly bogus. It defines infrastructure as only roads and bridges, leaving out railroads, water and sewer systems, the electrical grid, broadband, housing and any number of other things that you probably think of when you hear the word.

The idea that only roads and bridges are infrastructure is like saying, “You said your house needed work, but the floors and walls seem fine. Why bother fixing the leaking pipes and the broken roof and the electrical system that shorts out? That’s not really the core of the house, which as we all know is floors and walls and nothing else.”

But the more important question is: Why in the world would it possibly matter what definition of “infrastructure” we use?

Imagine it’s a few years from now. This bill has passed and as a result, the crumbling bridge in your town has been replaced and the roads have been resurfaced — no more banging your car over all those potholes. In addition, there’s a new senior center in town with all kinds of facilities and services, operated by a skilled staff making a living wage.

Do you think your neighbors will say, “I like the bridge and the roads, but the senior center? Sure, my mother-in-law loves her fitness class there, and they helped her solve that Medicare problem she had, but it just doesn’t seem like ‘infrastructure’ to me.”

Of course not, because that’s not what people care about. They want to know that government did worthwhile things with their tax dollars, whatever category you might put each line-item into.

Now it’s true that Democrats have indeed thought broadly about what to put in this bill, including things that are not installed by burly men in hardhats but that they believe are important. Republicans may find some of those things — like building housing, or improving care for the elderly and disabled, or promoting electric vehicles — not to be worthwhile. Which is fine.

But if that’s what Republicans think, they should explain why we shouldn’t actually build more housing, and we shouldn’t fund care for the elderly, and we shouldn’t promote electric vehicles. Just saying “That doesn’t sound like ‘infrastructure’ to me” is not an argument. This isn’t the Merriam-Webster editorial board; it’s the U.S. government.

So what if instead of asking Is this really infrastructure? about the various provisions in this bill, we ask Is this a good thing?