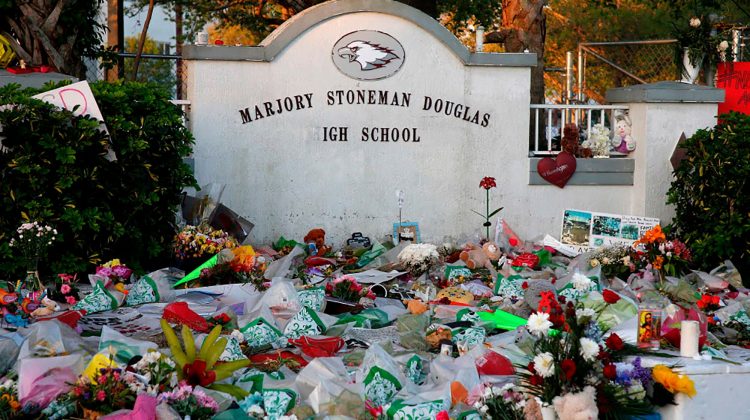 Annie Thorn is senior history major from Kalamazoo, Michigan and our intern here at The Way of Improvement Leads Home.  As part of her internship she is writing a weekly column titled “Out of the Zoo.” It focuses on life as a history major at a small liberal arts college. This week, Annie reflects on recent shootings in Atlanta and Boulder.—JF

A little over two weeks ago, eight people–six of them Asian American women–were massacred at three different spas near Atlanta, Georgia. Following the shooting, the internet erupted in outcries against anti-Asian violence and hate crimes—which have increased dramatically since the pandemic began over a year ago. Other articles said the shooter’s actions were an extreme manifestation of purity culture. The shooter was a 21-year-old evangelical Christian who was baptized in a local Baptist church. Like him, I am also an evangelical Christian. I struggle to reconcile how someone who believes in Jesus could do such a terrible thing.

Not even a week later, another man shot and killed 10 people–one of them a police officer–at a grocery store in Boulder, Colorado. This man emigrated from Syria twenty years ago and grew up in the United States. After countless interviews and hundreds of hours spent investigating, his motives are still a mystery. Like the Atlanta shooter, he is also 21 years old. Like him, I am 21 years old.

Another incident of violence–or near-violence, rather–hit even closer to home. On Thursday, my mom texted me an article with a headline that read, “Battle Creek Man One Bad Day Away from Making and Setting Off Bomb.” The man described in the article allegedly heard voices telling him to make a bomb and wanted to target a place somewhere in Kalamazoo, Jackson or Lansing, Michigan. He had done research, purchased bomb-making supplies, and ordered 800 rounds of ammunition, presumably for the loaded semi-automatic rifle that police found in his vehicle.

The article did not say that this “Battle Creek Man” was in my high school graduating class. I took classes with him. If I remember correctly, he sat across the room from me in A.P. World History. The Battle Creek man was not very popular and I do remember some kids being mean to him. But for the most part he seemed pretty normal.

Our world is broken beyond repair. The people who live in it are broken, too. Sin creeps into the cracks of our being and pollutes our heart. It causes us to do things that don’t make sense. It causes sickness and death. Sometimes there is no explanation. But the closer I get to having a classroom of my own, the more events like these get under my skin. None of the tragic shootings over the past few weeks took place in schools, and for that I am relieved. But with every breaking news story I’m forced to think about what I would do if my future school or classroom was the next place to make headlines. Instead of simply dreaming about how I will decorate my classroom someday or what experiences I will share with my students, I’m sure I’ll have nightmares about active shooters. I find myself asking, “am I next?”

It’s taken me a few days to process the events of the last several weeks. I still haven’t completely come to grips with them. But I’m getting scared. I’m getting angry because nothing has changed. Sure, schools have lockdown drills and install fancy new security systems. Colleges require first-year students to attend a session of active shooter training. But individuals can still purchase 800 rounds of ammunition at once. They can still own semi-automatic weapons. Lives are still being lost. On top of lesson planning, classroom management, and all the other things that come with teaching, I’ll have to think about the physical safety of my students. This certainly isn’t what I signed up for when I decided to major in education. But until something changes, I suppose it is a burden I must bear.