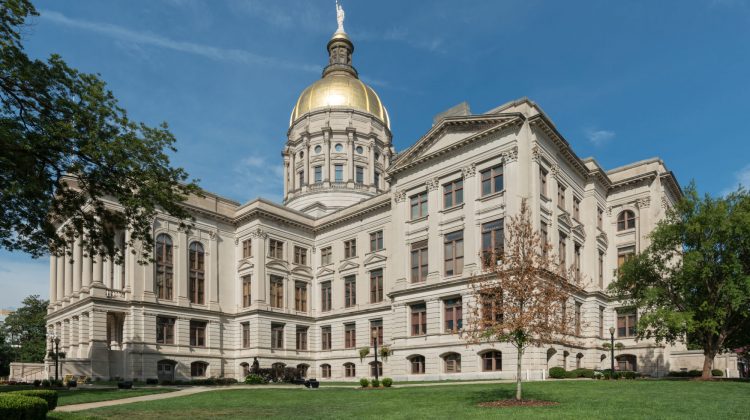 Here is the The Atlanta Journal Constitution list of proposed changes:

Here is Nick Corasanti at The New York Times:

The legislation, which followed Democratic victories that flipped the state at the presidential and Senate levels, comes amid a national movement among Republican-controlled state legislatures to mount the most extensive contraction of voting access in generations. Seeking to appease a conservative base that remains incensed about the results of the 2020 election, Republicans have already passed a similar law in Iowa, and are moving forward with efforts to restrict voting in states including Arizona, Florida and Texas.

Democrats and voting rights groups have condemned such efforts, arguing that they unfairly target voters of color. They say the new law in Georgia particularly seeks to make voting harder for the state’s large Black population, which was crucial to President Biden’s triumph in Georgia in November and the success of Senators Raphael Warnock and Jon Ossoff in the January runoff elections.

Mr. Biden joined Georgia Democrats on Thursday in denouncing efforts to limit voting, calling Republicans’ push around the country “the most pernicious thing.”

“This makes Jim Crow look like Jim Eagle,” he said at his first formal news conference since taking office.

Though the law is less stringent than the initial iterations of the bill, it introduces a raft of new restrictions for voting and elections in the state, including limiting drop boxes, stripping the secretary of state of some of his authority, imposing new oversight of county election boards, restricting who can vote with provisional ballots, and making it a crime to offer food or water to voters waiting in lines. The law also requires runoff elections to be held four weeks after the original vote, instead of the current nine weeks.

The law does not include some of the harshest restrictions that had been proposed, like a ban on Sunday voting that was seen as an attempt to curtail the role of Black churches in driving turnout. And the legislation now, in fact, expands early voting options in some areas. No-excuse absentee voting, in which voters do not have to provide a rationale for casting a ballot by mail, also remains in place, though it will now entail new restrictions such as providing a state-issued identification card.