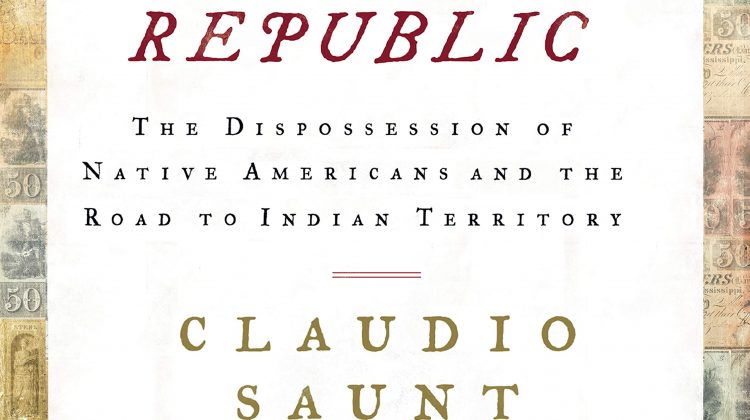 Claudio Saint won for Unworthy Republic: The Dispossession of Native Americans and the Road to Indian Territory.

Here is the press release from Columbia University:

Columbia University Libraries has announced that two acclaimed works will be awarded the 2021 Bancroft Prizes in American History and Diplomacy: Katrina: A History, 1915-2015 by Andy Horowitz (Harvard University Press, 2020) and Unworthy Republic, The Dispossession of Native Americans and the Road to Indian Territory by Claudio Saunt (W.W. Norton & Company, 2020).

The jury made the following statement about this year’s winning authors:

“In an extraordinary and revelatory work of scholarship, Horowitz transforms our understanding of the catastrophic 2005 New Orleans flood and its aftermath. The author decenters the devastating hurricane and flooding (these events occupy only a brief section of the book) to provide a richly researched environmental, social, urban, economic, and political history of New Orleans, and of federal policy over the sweep of a century. Horowitz provides a masterful and gripping reconstruction of an unnatural disaster. The book is brilliant, and it is also timely; it is a story of New Orleans history that is also the story of the nation, and its possible future. A wonderfully crafted history, Katrina: A History, 1915-2015, is richly deserving of the Bancroft Prize.

“Saunt’s Unworthy Republic is a brilliant, searing account of ‘Indian removal’ in the 1830s United States: the state-sponsored expulsion of an estimated 80,000 native peoples from their homes east of the Mississippi River and brutal deportation to an ill-defined ‘Indian Territory’ in the West. Far from being ‘natural’ or ‘inevitable,’ as contemporaries (and even some historians) have portrayed, Saunt documents the vast amount of ideological, political, and logistical work that undergirded this federal policy. Combining brilliant synthesis, deep archival research, and powerful prose, Unworthy Republic retells the story of this epic moment as a tragic conjecture of the histories of indigenous people, antebellum slavery, and global capitalism. Saunt has written a bold, haunting account of ‘Indian removal’ that, in its polished scholarship, beautiful prose, and original argument, is a worthy recipient of the Bancroft Prize.”

The Trustees of Columbia University award the Bancroft Prizes annually. The winners are judged in terms of scope, significance, depth of research, and richness of interpretation that they present in the areas of American history and diplomacy. In all, 213 books were submitted for consideration for the 2021 prize.

Andy Horowitz is Assistant Professor of History at Tulane University, where he specializes in modern American history. His writing has appeared in The Atlantic, the Washington Post, and the New York Times.

Claudio Saunt is the Richard B. Russell Professor in American History at the University of Georgia. He is the author of award-winning books, including A New Order of Things, Black, White, and Indian, and West of the Revolution. He lives in Athens, Georgia.