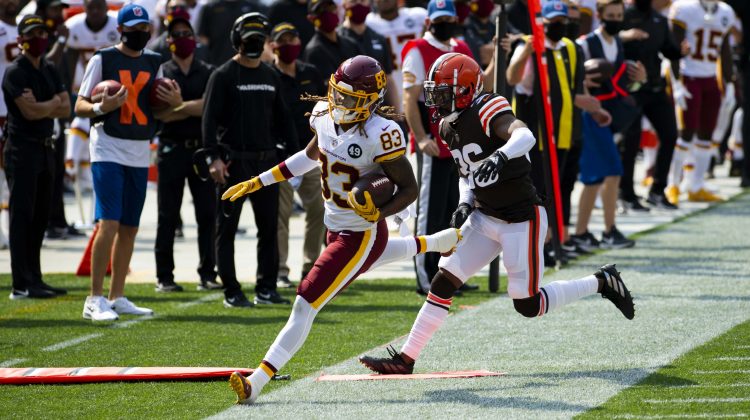 Here is John Keim at ESPN:

The Washington Football Team name has gone from being a generic placeholder to one that will be strongly considered as a permanent one. As the organization inches along in its rebranding, team president Jason Wright said fans have warmed to the name.

Wright stressed that there is not a leading contender for the new name. However, the fact that some fans have warmed to WFT highlights what Wright said they want most in a name: a strong connection to the past.

Wright has previously said, and reiterated during an interview with ESPN on Tuesday, that Washington Football Team will remain in 2021. He said the permanent name would be in place for 2022.

The organization announced in July that it would retire its former name, which it had used for 87 years.

“There are a set of folks that have warmed to the Washington Football Team,” Wright said of input the organization has received. “Some of the things that are emerging from that are the Washington Football Team has something that ties deeply to our history. It feels like that isn’t jettisoning all the things we have been in the past, whereas something that’s completely new might feel that way.

“It’s important for a substantial part of our fan base to feel that this is a continuation of something versus a complete reset, something brand new.”