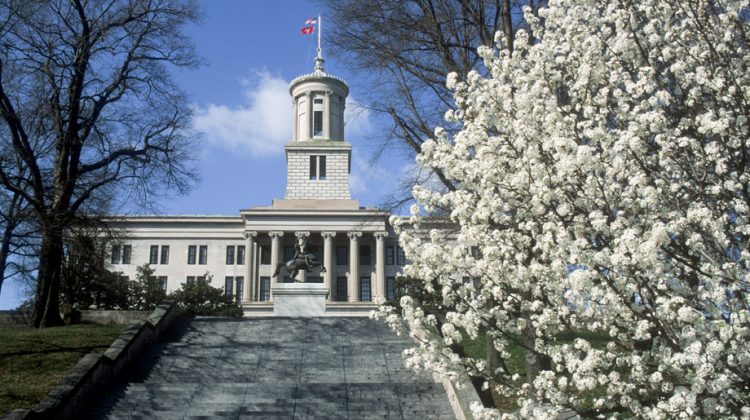 For the record, Nathan Bedford Forrest was a Confederate Army general and the first Grand Wizard of the Ku Klux Klan.

Now here is a taste of Kyle Horan’s story at NewsChannel 5 in Nashville:

Not even two weeks after the historical commission voted to remove the bust of Nathan Bedford Forrest from the state capitol, state senators are trying to vote to remove all members from the commission.

Senator Joey Hensley, a Hohenwald Republican, sponsored the bill. It would replace all of the members of the 29 person commission with 12 new members.

Currently, 24 of the commissioners are appointed by the governor of the state. Sen. Hensley’s bill would reduce the total number of members to 12. The governor, Lt. Governor and state speaker of the house would each choose four members.

While not specifically mentioning the bust of Nathan Bedford Forrest in the meeting, members made references to decisions the historical commission has recently made.

The commission voted to remove Forrest’s bust from the capitol building on March 8.

Forrest is a controversial figure in the state’s history. He was a slave trader, Confederate war general and one of the first leaders of the KKK. His image displayed prominently outside both houses of the legislature has been the center of many protests through the years.

“In our culture today it seems there is a desire to cancel history, cancel culture, cancel narratives that are just based on fact. I think that that’s a dangerous precedent,” said Tullahoma republican Senator Janice Bowling.

The members of the Tennessee Historical Commission, which voted 24-1 to remove the Forrest bust, include:

Joanne Cullom Moore, the former president of the Commission and the only member to vote to keep the Forrest bust.

Douglas Cupples of Our Memphis History

Frank Stevenson, Dean of Students at Tennessee State University and pastor of City of Grace church in Nashville

William Lyons, Professor Emeritus in the department of political science at the University of Tennessee-Knoxville