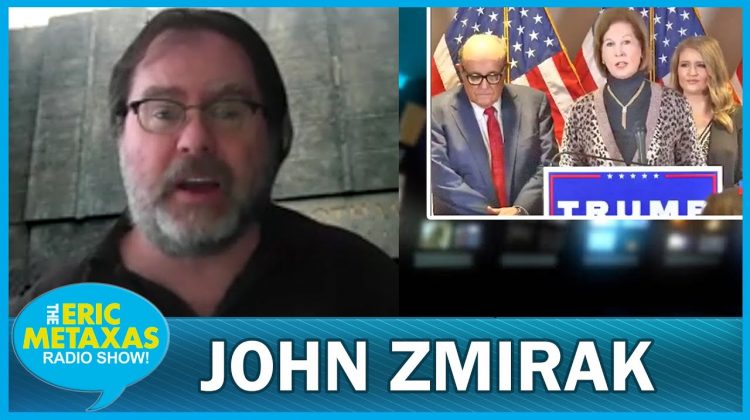 Some you remember Sidney Powell. She was the lawyer working alongside Rudy Giuliani, Liberty University Falkirk Center fellow Jenna Ellis, and others to try to prove election fraud in the 2020 presidential election. She was eventually dropped from that team, but not before she claimed that Dominion voting machines were switching votes from Trump to Biden.

Well, Dominion is suing her for defamation. And Powell is doing her best to dismiss the lawsuit. Here are some key parts of her argument for dismissal:

Determining whether a statement is protected involves a two-step inquiry: Is the statement one which can be proved true or false? And would reasonable people conclude that statement is one of fact, in light of its phrasing, context and the circumstances surrounding its publication. Keohane, 882 P. 2d at 1299. This inquiry is determined as a matter of law. Bucher v. Roberts, 595 P2d 23, 241 (Colo. 1979) (“Whether a particular statement constitutes fact or opinion is a question of law.”). Analyzed under these factors, and even assuming, arguendo, that each of the statements alleged in the Complaint could be proved true or false, no reasonable person would conclude that the statements were truly statements of fact.”

In the above quote, Powell is essentially saying that no reasonable person would believe that her claims about Dominion Voting Systems rigging the election were “truly statements of fact.”

Reasonable people understand that the “language of the political arena, like the language used in labor disputes…is often vituperative, abusive and inexact. Watts v. United States, 394 U.S. 705, 708 (1969). It is likewise a “well recognized principle that political statements are inherently prone to exaggeration and hyperbole.” Planned Parenthood of Columbia/Willamette, Inc. v. Am. Coal of Life Activists, 244 F. 3d 1007, 1009 (9th Cir., 2001). Given the highly charged and political context of the statements, it is clear that Powell was describing the facts on which she based the lawsuits she filed in support of President Trump. Indeed, Plaintiffs themselves characterize the statements at issue as “wild accusations” and “outlandish claims.” Id. at par. 110, 111, 114, 116 and 185. Such characterization of the allegedly defamatory statements further support Defendants’ position that reasonable people would not accept such statements as fact but view them only as claims that await testing by the courts through the adversary process….

Here Powell all but admits that her remarks were “wild accusations” and “outlandish claims” that “reasonable people would not accept” as “statements of fact.” Notice what is going on here. In order to get herself out of this lawsuit, Powell is suggesting that not even she believed that Dominion rigged the election.

Additionally, in light of all the circumstances surrounding the statements, their contexts, and the availability of the facts on which the statements were based, it was clear to reasonable persons that Powell’s claims were her opinions and legal theories on a matter of utmost concern. Those members of the public who were interested in the controversy were free to, and did, review that evidence and reached their own conclusions–or awaited resolution of the matter by the courts before making up their minds.

So who were some of these unreasonable “members of the public” who believed that Powell’s claims were “statements of fact”?

The MAGA evangelical posted this interview on his YouTube channel:

YouTube has removed several videos of Metaxas radio shows praising Powell. But Metaxas did seem to believe that Powell’s claims were true on multiple radio shows. On his November 27, 2020 show he gave a blow-by-blow account of Powell’s interview with Newsmax. On a November 20, 2020 show, Metaxas and his guest John Zmirak talked about the “authenticity” of Powell’s claims. On his January 4, 2021 show, Metaxas had Powell as a guest to talk about her election fraud claims.

In this video, Metaxas defends Powell’s findings about Dominion voting.

A lot of Metaxas’s information comes from this interview Powell with Lou Dobbs. It sounds like Powell believes she is stating facts:

Powell was also made an appearance at court evangelical Jim Garlow’s “election integrity” prayer meeting and repeated the claims about Dominion Voting Systems.

If “reasonable people” would never accept her “wild accusations” about voter fraud on Dominion machines, then what does that make these MAGA evangelicals?