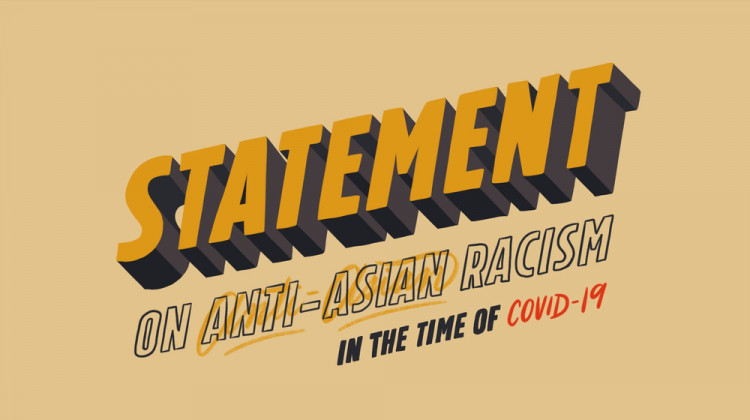 Whatever motivated Robert Aaron Long to kill eight people in Atlanta this week, the number of Asian-American hate crimes is growing in this country.

The Asian American Christian Collaborative has responded with this statement:

We, the undersigned, join together as Asian American Christians and community leaders to denounce the current rise in overt anti-Asian racism throughout our country. We call for an immediate end to the xenophobic rhetoric, hate crimes, and violence against our people and communities. We invite all Americans to join us in combating these contagions and work with us for the welfare of all.

In the last two weeks of March 2020, Asian Americans have reported over 1,000 incidents of racism, and without mitigation, we expect that number to rise in the weeks ahead. Many of these were violent attacks against life and human dignity, and many more incidents have gone unreported. Furthermore, despite international consensus, public outcry, and increasing racism against Asian Americans, some of our nation’s leaders are intentionally choosing nomenclature for the novel coronavirus (COVID-19), such as the “Chinese Virus,” and this is endangering the lives of more than 20 million Americans.

Harmful tropes of “yellow peril” continue to be perpetuated by the news, within institutional and popular portrayals of our people, our food, and our customs as unsafe and unwelcome. Consider, for example, images of Asian peoples in masks while reporting on COVID-19. This framing has had a negative impact on the lives of many Asian Americans, including discrimination targeting Asian businesses and enterprises in the U.S., as well as verbal and physical assaults against Asian persons. As Americans, all of our communities are living with the fear of contracting COVID-19, and as Asian Americans in particular, we also face the added fear of discrimination and violence on a daily basis. The FBI has warned that hate crimes against Asian Americans will likely increase across the United States.

Sadly, the current xenophobia surrounding COVID-19 is just the newest case study in America’s history of depicting and treating Asian people as yellow peril. Some notable past examples include, but are not limited to: Chinese Americans excluded from immigration on the basis of race and labeled as perilous in 1882; Filipino American laborers throughout California discriminated against and violently attacked during the 1920s and 1930s; innocent American citizens of Japanese descent unjustly incarcerated en masse during World War II; Asian Americans demonized as the enemy, regardless of their ethnic origin, during the wars in Korea and Vietnam, Cambodia, and Laos, and South Asian Americans of diverse ethnicities suffering violence and discrimination alongside Middle Eastern Americans after 9/11. The Japanese American Citizens League has also testified before Congress during the wave of anti-Asian violence in the 1980s that our nation passed more than 600 separate pieces of anti-Asian legislation throughout U.S. history.

To fellow Asian Americans: we see you, we hear you, and we long for a quick end to this particular period of coronavirus-related racism. Some of you have experienced this racism personally. It has hurt our families, communities, and businesses, and we understand the pain. We know that even after medical professionals find treatments and a vaccine for this virus, we will still have to deal with the ongoing pandemic of xenophobia and anti-Asian racism. Historically, the tides of overt anti-Asian racism ebb and flow depending on the perception of a threat. This will undoubtedly continue, but know that we are here for you. Our churches are here for you. You are not alone.

Throughout our history, many of us have attempted to raise awareness of anti-Asian bias and racism in the church and the broader culture. There have been many encouraging advances and movements, yet the hate and discrimination persists. While anti-Asian racism is inflamed around the globe, we also hope that our Asian American community remembers that other communities of color have experienced and continue to experience racism daily; even at times as a result of our own colorism and anti-Blackness. We ask that Asian Americans seek opportunities for solidarity with other ethnic and racial minorities and advocate for them as many have done for us, for such a time as this. Finally, for those of you who have not personally experienced anti-Asian racism, we ask that you listen, empathize, and provide support.

To Americans of other backgrounds: we thank those of you who have been standing with us during this time. We are deeply grateful to other people of color, especially those from black and brown communities, who have paved the way forward for us to pursue justice and peace. Others of you may just be learning that anti-Asian American racism is very much alive.  Seeing us raise our voices may challenge the long-held assumption that Asian Americans are so-called “model minorities.” We invite you to educate yourself, join the cause against anti-Asian racism, and be a part of the solution. It’s important for you to recognize the reality of this racism, to intervene (i.e., if you see something, say something), and to fight against xenophobic rhetoric and violence at every level.

To Christians and Christian leaders of all backgrounds: loving God by loving neighbor is a hallmark of the Christian faith (Mk. 12:31; 1 Jn. 4:21). As followers of Jesus believe that all people are made in the image of God (Gen. 1:27), we seek the flourishing of every human being, paying particular attention to those who are marginalized, oppressed, and suffering (Ex. 22:22; Is. 1:17; Ps. 82:3; Zech. 7:9-10) . This includes those who are experiencing racism. Thus, we urge you to speak without ambiguity against racism of every kind. Faithful Christian witness requires anti-racist work, and silence only perpetuates the sins not addressed. This includes going beyond shallow acknowledgement of the most obvious incidents of racism to taking responsibility in confronting the longstanding tendencies of people to discount and dismiss the realities of racism. It also includes addressing the disbelief and disobedience of your constituents who continue to ignore members of the body of Christ who are in pain and under threat. Many of us Asian American Christians have stood against anti-Asian racism during prominent incidents in and out of the church over the years, and we now ask that you join us in this gospel driven work.

We call for the following:

In this Lenten season, we remember that the Lord Jesus took on flesh to embody God’s healing and bind the wounds of the brokenhearted. By this healing work, Jesus gathers what Rev. Dr. Martin Luther King Jr. calls the Beloved Community, which embodies the interdependence and kinship of all people. So, we invite any and all who stand in solidarity with us to sign alongside us and to share this in your own personal and organizational networks. You can also join the Asian American Christian Collaborative on Facebook, Twitter, and Instagram (all social media handles are @aachristcollab) or go to www.asianamericanchristiancollaborative.com for resources to empower and equip you as individuals, organizations, and churches for faithful action to address anti-Asian racism. We believe in the redemptive power of the gospel as the only way for true healing and reconciliation to fully occur, between God and humanity and across racial and social lines. May the name of Jesus be glorified as we, his collective body, pursue truth, justice, restoration, and unity.

The statement was drafter by the following Asian American Christian leaders: