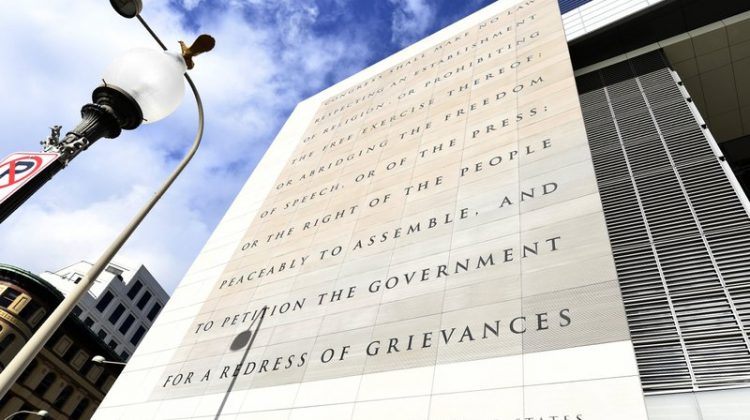 Here is Stephen Salisbury at The Philadelphia Inquirer:

The Newseum, an interactive museum in Washington, D.C., devoted to journalism, is gone, succumbing to financial woes. It closed at the end of 2019.

But while the building on Pennsylvania Avenue has since been sold to Johns Hopkins University, the most distinctive element from its facade — a 50-ton, 74-foot-high slab of gray Tennessee marble incised with the words of the First Amendment — will be trucked to Philadelphia’s National Constitution Center some time in the next few weeks.

The slab will be reconfigured horizontally and installed over the summer on the NCC’s second floor, looking out on Independence Hall.

“What’s so exciting about this space where the First Amendment is going to be is that it is where we hold all of our major indoor events,” said Jeffrey Rosen, NCC president and chief executive.