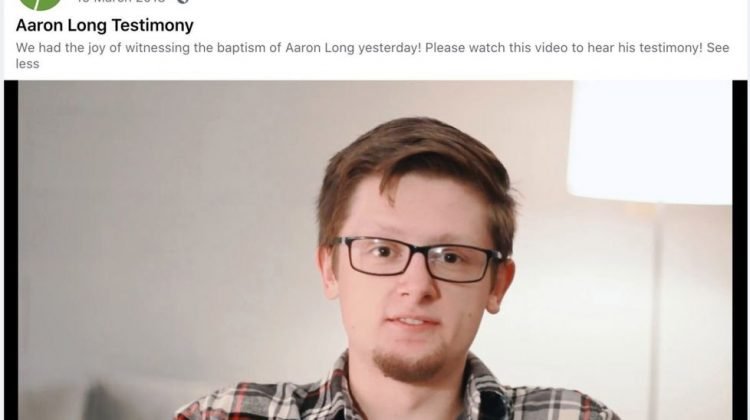 Here is Sarah Pulliam Bailey at The Washington Post;

Years before being suspected of killing eight people in a suburb of Atlanta, including six Asian women, Robert Aaron Long was active in his Southern Baptist congregation, his youth pastor said Wednesday.

Long, 21, was arrested Tuesday in the three shootings.

As a teenager, Long would stack chairs and clean floors at Crabapple First Baptist Church in Milton, Ga., said Brett Cottrell, who led the youth ministry at Crabapple from 2008 to 2017. Long’s father was considered an important lay leader in the church, Cottrell said, and they would attend Sunday morning and evening activities, as well as Wednesday evening meetings and mission trips.

“There’s nothing that I’m aware of at Crabapple that would give approval to this,” Cottrell said in an interview, referring to the shootings. “I’m assuming it’s as shocking and numbing to them as it has been to me.”

Cottrell said he viewed a 2018 video of Long describing his conversion to the Christian faith at around 8 years old, when he was baptized. Cottrell considered him a “typical teenager” growing up in the suburbs of Atlanta.

“It’s not unusual for young men to be into video games,” Cottrell said. “Was he around guns and hunting? Yeah. Would I consider him to be obsessed? No. Was it part of the life? Yeah. At that time, I wouldn’t classify it as one of the main things he was involved in. Had he been deer hunting? Yeah. I don’t know that I would’ve considered it to be a massive chunk of his life.”

But during those teenage years, Cottrell said, the church youth group “was his deal,” and Long was part of a high school group that met for Bible study once a week before school and helped a backyard Bible club with songs and games for kids.

As Pulliam-Bailey notes, the Crabapple Baptist Church is part of the conservative Founders Ministries.