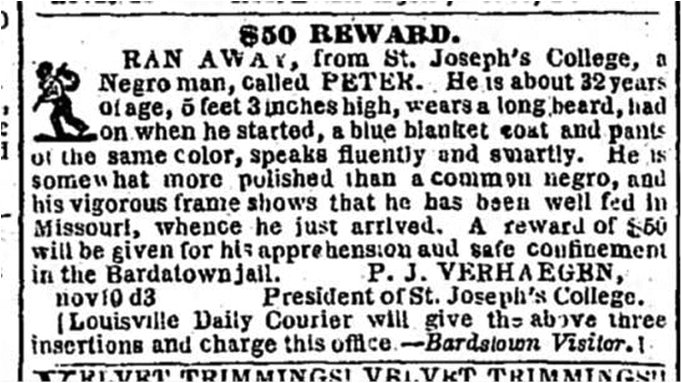 Here is Rachel Swarns at The New York Times:

In one of the largest efforts by an institution to atone for slavery, a prominent order of Catholic priests has vowed to raise $100 million to benefit the descendants of the enslaved people it once owned and to promote racial reconciliation initiatives across the United States.

The move by the leaders of the Jesuit conference of priests represents the largest effort by the Roman Catholic Church to make amends for the buying, selling and enslavement of Black people, church officials and historians said.

The pledge comes at a time when calls for reparations are ringing through Congress, college campuses, church basements and town halls, as leaders grapple with the painful legacies of segregation and the nation’s system of involuntary servitude.

“This is an opportunity for Jesuits to begin a very serious process of truth and reconciliation,” said the Rev. Timothy P. Kesicki, president of the Jesuit Conference of Canada and the United States. “Our shameful history of Jesuit slaveholding in the United States has been taken off the dusty shelf, and it can never be put back.”